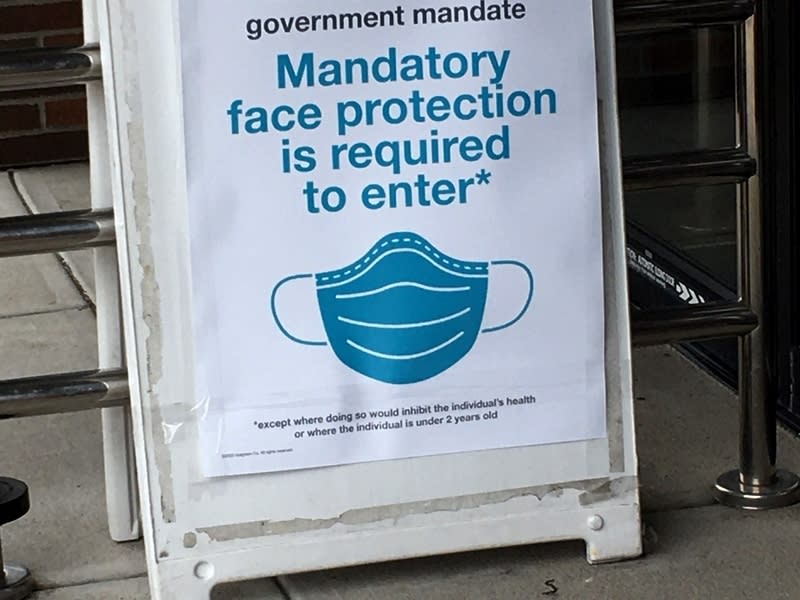 11 Washington Businesses Have Been Fined For Mask Violations

WASHINGTON — On Friday, June 24 a mask mandate went into effect for all of Washington state, requiring customers and patrons alike to wear masks inside retail spaces.

Since then, the Department of Labor and Industries says they’ve been called to more than 4,200 complaints of businesses violating the mask mandate. The overwhelming majority of those businesses have cleaned up their acts when confronted says L&I, but there has been a handful who have refused and ended up being slammed with fines for endangering public safety.

“Wearing masks helps protect workers and others by reducing exposure to the virus in our communities, so we can reduce fatalities and the impact to our health care system,” said Anne Soiza, L&I assistant director for the Division of Occupational Safety and Health. “Our goal is to get employers to comply with mask requirements through education and assistance, but if that doesn’t work they can be cited and fined.”

From July to September, L&I says they have only fined 11 businesses for mask violations:

Labor and Industries says, it takes quite a bit for a business to end up receiving a fine for mask mandate violations. Since the mandate was first announced, lawmakers have consistently said it is about informing the public and encouraging them to follow safety guidelines, not strict enforcement and punishment.

“It is a misdemeanor not to comply with this order, but it is not our desire to have hard-working officers following people around on mask issues,” said Gov Inslee at a conference announcing the mandate. “They have other things to deal with frankly, and we hope that people’s common sense and recognition of the law and desire to help their fellow neighbors are going to carry the day here.”

In the spirit of that order, L&I says they’ll try several tactics to encourage businesses to follow the mandate before using a fine as a last defense. Normally after receiving a complaint L&I will visit a business anonymously first. If the business isn’t following safety guidelines, they’ll contact the businesses and inform them of the requirements they’re missing. At that point, L&I says, most businesses agree to follow the rules. Those that don’t, then receive a warning letter telling them they could face fines, and if the businesses still don’t comply at that point, that’s when the fines begin.

This article originally appeared on the Puyallup Patch