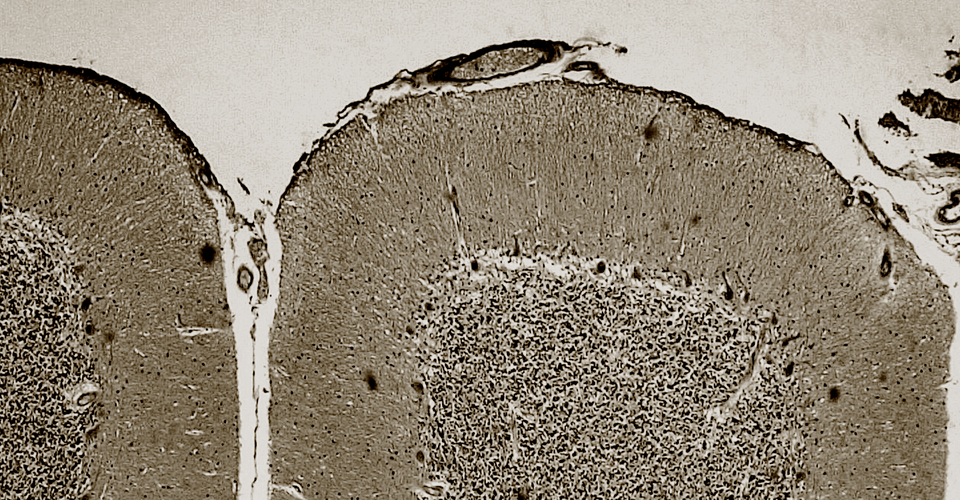 What Does the Cerebellum Really Do?

Jeremy Schmahmann, then a neurology resident at Boston City Hospital, also developed a fascination for the cerebellum around that time. His interest stemmed from emerging evidence that another part of the brain once thought to be involved solely in motor control—the basal ganglia—also contributed to cognition. This led Schmahmann to wonder whether the same could be true of the cerebellum.

To address this question, Schmahmann set out on what he describes as an “archeological dig” through the stacks at Harvard’s Countway Library of Medicine. There, he discovered manuscripts dating to the 1800s documenting instances of cognitive, social, and emotional impairments in patients with cerebellar damage—and in rare cases where people were born without a cerebellum at all. “There was a little counterculture going back right to the beginning that was completely neglected,” says Schmahmann, now a neurologist at Massachusetts General Hospital and a coauthor of the recent review with Stoodley.

The historical reports persuaded Schmahmann to investigate further. In experiments with monkeys, he and his adviser, neuroanatomist Deepak Pandya, found evidence that the cerebellum receives input via the brainstem from parts of the cerebral cortex that, in the parallel areas of human brains, are involved in functions such as language, attention, and memory. “This flew in the face of accepted wisdom,” Schmahmann says. “We had some very strong opponents—but most, once the data became available, came around.”

Also around that time, another group, led by University of Pittsburgh neurobiologist Peter Strick, traced the connections going the other direction—from the cerebellum to the rest of the brain. This two-way communication bolstered the case that the cerebellum does much more than coordinate movements.

In the late 1990s, Schmahmann reported the first description of cerebellar cognitive affective syndrome after observing that people with cerebellar damage—due to degeneration or after tumor removal, strokes, and infection—exhibited a wide array of impairments in cognition and behavior. These included difficulties with abstract reasoning and planning, changes in personality—such as the flattened emotions and inappropriate behaviors he observed in the college student with the cerebellar tumor—and problems with speech. Some patients recovered after several months; in others, symptoms persisted for years. This condition, which was later dubbed “Schmahmann’s syndrome,” strengthened the evidence that the cerebellum was indeed involved in a variety of cognitive processes.

Rare cases of people born missing parts of their cerebellum have also hinted at broader functions. In addition to difficulty coordinating their movements, these individuals exhibit signs of Schmahmann’s syndrome, as well as autistic-like traits such as obsessive rituals and trouble understanding social cues.