Israeli scientists have published an audacious new theory as to how the brain learns, and say that it could open up new possibilities for treating degenerative diseases — and for boosting the power of computers.

The research appeared Thursday in Scientific Reports, a journal published by Nature. It has been peer-reviewed, which means it has been closely analyzed and deemed worthy of publication by independent experts.

The study suggests that while it’s widely believed that much of the brain’s learning happens in synapses, a large part of learning actually happens in another part of neurons — in dendrites.

Synapses are the small gaps between two neurons, where nerve impulses are relayed, while dendrites are extensions of nerve cells.

Prof. Ido Kanter of Bar-Ilan University, who led the research involving years of animal studies, told The Times of Israel that the finding is “exciting” because drug developers can use it to help develop new types of treatments for degenerative diseases, such as Alzheimer’s and Parkinson’s.

He said that by focusing on strengthening the capability of dendrites, such new treatments may become possible.

An illustration of neuron anatomy, including dendrites. (iStock via Getty Images)

Kanter commented: “Today, the focus of most research for medications is synapses, but if some of it starts to focus on dendrites, we have an opportunity to open up new possibilities in medicine development in the light of our findings.”

Kanter said that one reason the finding is important is that dendrites consume far less energy than synapses. Studying and understanding how they enable learning will help computer science, as well as medicine, he predicted. 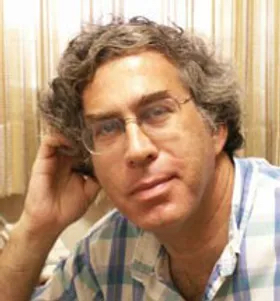 For the last 70 years, machine learning has been based on the notion that brain learning occurs by modifying the strength of the synapses, following the relative firing activity of their connecting neurons.

“Dendrite learning is far more efficient than the functioning of synapses, helping to explain why it is that brains are far slower than computers but can actually do much more in some respects.

“As we understand dendrite learning better, I believe it will enable us to imitate its very efficient nature in artificial intelligence,” he said.

“This could pave the way to much more powerful computers that work much faster and analyze much more data in limited time. The sky could be the limit.”

Israel is now a far more prominent player on the world stage than its size suggests. As The Times of Israel’s Diplomatic Correspondent, I’m well aware that Israel’s security, strategy and national interests are always scrutinized and have serious implications.

It takes balance, determination, and knowledge to accurately convey Israel’s story, and I come to work every day aiming to do so fully.

Financial support from readers like you allows me to travel to witness both war (I just returned from reporting in Ukraine) and the signing of historic agreements. And it enables The Times of Israel to remain the place readers across the globe turn to for accurate news about Israel’s relationship with the world.

If it’s important to you that independent, fact-based coverage of Israel’s role in the world exists and thrives, I urge you to support our work. Will you join The Times of Israel Community today?

Already a member? Sign in to stop seeing this

We’re really pleased that you’ve read X Times of Israel articles in the past month.

That’s why we started the Times of Israel ten years ago – to provide discerning readers like you with must-read coverage of Israel and the Jewish world.

So now we have a request. Unlike other news outlets, we haven’t put up a paywall. But as the journalism we do is costly, we invite readers for whom The Times of Israel has become important to help support our work by joining The Times of Israel Community.

For as little as $6 a month you can help support our quality journalism while enjoying The Times of Israel AD-FREE, as well as accessing exclusive content available only to Times of Israel Community members.

Thank you,
David Horovitz, Founding Editor of The Times of Israel

Already a member? Sign in to stop seeing this