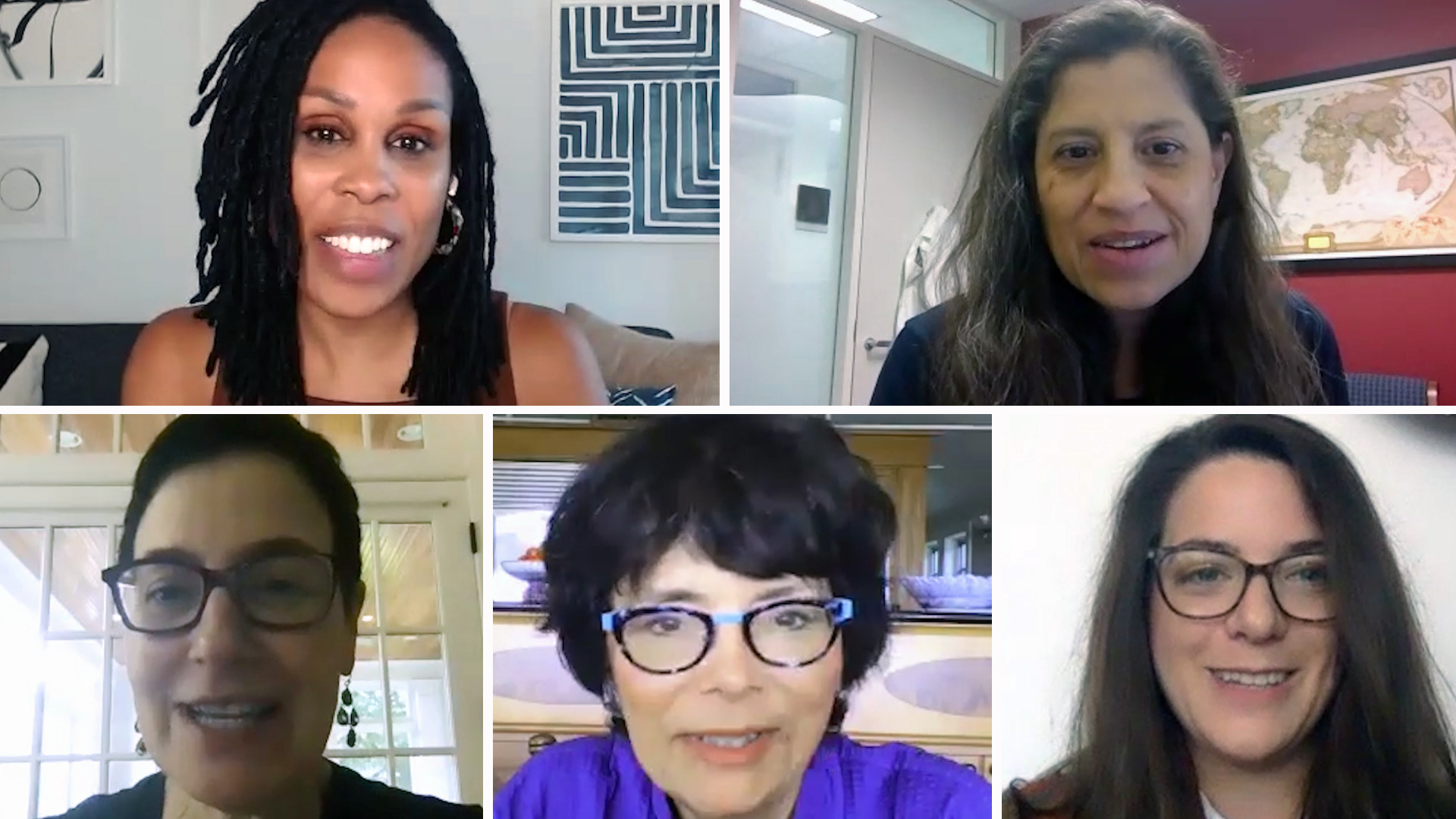 Experts call for including pregnant women in COVID-19 vaccine trials

More than 210,000 people in the U.S. have died from COVID-19, and tens of thousands are testing positive daily. The best way to defeat the pandemic is with a safe vaccine that can protect a large share of the population, especially people at higher risk of exposure, such as frontline health workers, and those more vulnerable, such as the elderly and, some health experts maintain, pregnant women. The data on whether pregnancy increases the risk for coronavirus infection or leads to more complications is incomplete, but there are preliminary indications that it is a potential risk factor.

By the workings of “herd immunity,” a vaccine wouldn’t even have to be given to everyone; if a large enough portion of the population is protected from infection, the virus won’t be able to keep spreading. The country is nowhere near that point at present.

It is encouraging to know that there are many efforts on a global scale to make and distribute a safe vaccine. According to the World Health Organization, more than 190 COVID-19 vaccine candidates are currently under development. Of these, 42 are in the human trial phase.

But so far, manufacturers and U.S. regulators have held off on including pregnant women in these trials, raising concerns among bioethicists, vaccine experts and maternal health specialists that when a vaccine is approved and ready to be distributed, this important and vulnerable population may not be able to benefit from it.

However, it isn’t unreasonable that they have not been included in trials yet. When most vaccines are being developed, they are usually tested first in healthy adults.

“It’s really important before we consider studies in pregnant women to know that there is a safety record of these vaccines and other populations,” says Dr. Ruth Karron, a pediatrician and professor at Johns Hopkins University. She is also one of the co-founders of PREVENT, a collaboration that advocates for the need to include the interests of pregnant women and their offspring in the development of new vaccines.

Testing a vaccine in healthy, nonpregnant adults first can show whether the vaccine triggers an effective immune response, while minimizing the risk of dangerous side effects and complications. But considering the scope of this pandemic and how dangerous this virus can be, some health experts believe pregnant women should be considered high priority and included in vaccine trials as soon as the likely benefits of participating in them outweigh the risks.

Ruth Faden, the founder of the Johns Hopkins Berman Institute of Bioethics and one of the co-leads on the PREVENT project, told Yahoo News, “It is essential that the interests of pregnant women be top of mind from the beginning so that as the trials are being designed, there’s really serious attention being paid to how quickly we can start to include [them] in the trials.”

The experts’ concerns about the absence of pregnant women in these important vaccine trials are also not unreasonable, considering that there exists a history of excluding this group in clinical research trials.

Ever since the infamous case of thalidomide — a drug that in the 1950s and ’60s was used to treat “morning sickness” in pregnant women but caused devastating birth defects — researchers have been cautious about including pregnant women in clinical trials of new drugs and vaccines.

Although it is an ethically complicated process, Faden says, “There are ethically acceptable ways to include pregnant women in the evaluations of new vaccines and new drugs.” Their exclusion in clinical trials, she says, has been often misguided. It has also resulted in the unavailability of important safety and efficacy data that is needed to inform recommendations on vaccinating this group. The lack of that data has led to situations in which pregnant women have experienced delays and outright denials of lifesaving vaccines.

“The assumption has been that pregnant women would not be included in clinical research. Therefore you don’t collect data. Then when it comes to vaccine deployment, you say, ‘Oh, well, we can’t give the vaccine because we don’t have any data.’ So it’s just a vicious cycle.” Karron said.

The full extent of how COVID-19 may affect a mother and her fetus is not fully known yet. Dr. Flor Munoz, a pediatric infectious disease specialist at Baylor College of Medicine, told Yahoo News that one of the reasons is because the number of pregnant women infected with the virus has not been large enough to really get the full picture.

So far, fetal infections in pregnancy appear to be rare, but Munoz says that due to the changes pregnant women experience in their bodies, “it seems that some pregnant women might have trouble with this infection, especially if they’re closer to the third trimester of gestation.”

Scientists certainly know that pregnancy can increase the risk of serious disease from respiratory viral infections. They also know how other respiratory illnesses similar to COVID-19 have affected pregnant women in the past.

During the 2009 H1N1 flu epidemic for example, pregnant women accounted for 5 percent of U.S. deaths reported to CDC, even though they constituted approximately just 1 percent of the U.S. population. When it came to vaccination then, pregnant women were identified to be at greater risk and considered a high-priority group.

The best U.S. data so far on COVID-19’s impact on pregnant women comes from a late June report by the Centers for Disease Control and Prevention (CDC). The data was collected for a period of nearly five months during which, as part of COVID-19 surveillance, the CDC received reports of 326,335 women of chidbearing age who tested positive for the coronavirus. Data on pregnancy status was available for 91,412 of them. Among that group, the 8,207 who were pregnant were 50 percent more likely to end up in intensive care units than nonpregnant women. They were also 70 percent more likely to need ventilators, although their risk for death was similar.

But the data, scientists say, does not offer the full picture, since pregnancy status was only available for 28% of the total number of women of reproductive age who tested positive for the coronavirus that were part of the study.

This new available information, however, is another reason experts find the inclusion of pregnant women as a high-priority group in vaccine trials to be essential. Also, many vaccine allocation plans put health care workers and first responders who are at high risk of exposure first in line to be inoculated, and a large majority of that group is women of reproductive age.

“We have to think about any inadvertent pregnancies that may happen in that group that will receive that vaccine … and we have to know what are the effects of this vaccine on that group,” said Yahoo News medical contributor Dr. Uché Blackstock.

One way to obtain that type of information, Faden says, will be to study the women who may possibly become pregnant during the course of the trials. “We need to make sure that the trials include mechanisms to capture information about the experiences of those women as well. … We want to kind of have a structure or strategy that gleans every conceivable piece of relevant information that we can grab.”

Fortunately, in the past decade or so, a lot of more attention has been paid to the issue, and government health experts have recognized the need to include pregnant and lactating women in drug and vaccine trials. Most recently, the Food and Drug Administration (FDA) laid out its guidance for COVID-19 vaccines, in which it recommends that testing is done in this key group, as long as “sponsors conduct developmental and reproductive toxicity (DART) studies with their respective COVID-19 vaccine candidate” first.

According to health-oriented news website Stat, one of the COVID-19 vaccine manufacturers, Pfizer, has already begun this process and will present the data or results to the FDA.

“By not studying them, you are depriving them from getting the benefit of the vaccination, so this is a complete change in culture that is going from total exclusion in the studies, total exclusion receiving potentially beneficial interventions, to being inclusive of this. … A lot of the scientific community is advocating, myself included, for nonexclusion of pregnant women in clinical studies. We need to include them.” Munoz said.