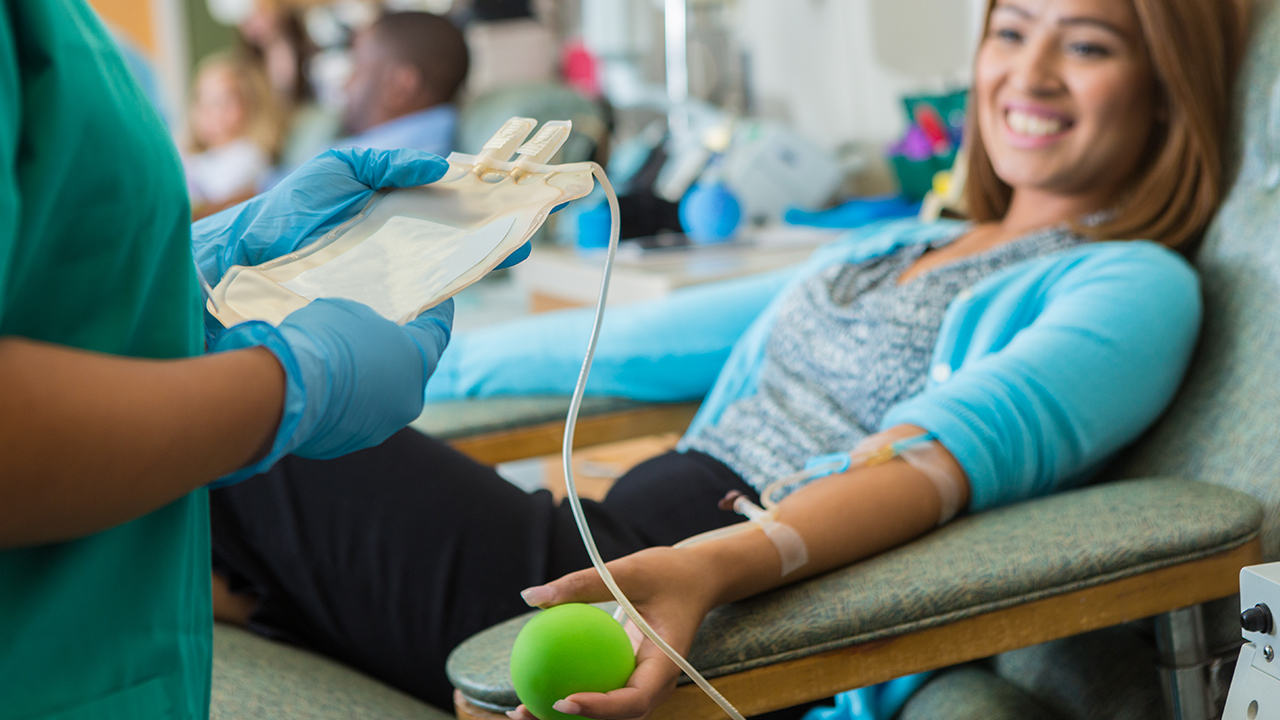 Plasma donation is a medical process involving drawing blood from an individual to extract plasma and returning the blood to the individual. The process is done through a single needle that remains in the arm of the donor throughout the process. Plasma is vital as it helps to handle several health issues such as cancer, among others. It is advisable to donate to enable hospitals to have enough to help those with medical complications who need plasma donations. PBO Plasma conducts a safe plasma donation process with strict adherence to the plasma donation requirements, ensuring that the donor and the receiver don’t get any health complications at the end of the process.

A waiting period of fifty-six days after making a blood donation is required before you are allowed to make another donation. The waiting period gives your blood sufficient time to replenish and regenerate its iron stores. On the other hand, blood plasma takes 24 to 48 hours to regenerate, enabling individuals to make a donation up to three times a week with a 24-hour waiting period between every donation. However, the Food and Drug Administration (FDA) has a seven-day rule on all authorized plasma donations, making it possible for donors to make donations twice a week. However, several factors might make an individual unfit to become a plasma donor, such as:

Recent alcohol intake greatly impacts the chances of an individual qualifying for plasma donations even though alcohol has no impact on the blood plasma. The main reason for denial is that alcohol impacts your judgment and ability to make informed decisions by providing an accurate health history, which is among the plasma donation requirements. The health history creates a safety hazard for both the donor and the recipient. Additionally, alcohol causes dehydration; hence, donating under the influence further dehydrates the donor, which could lead to feeling dizzy or lightheaded.

Hematocrit plays a huge role in measuring blood cells in the blood, and its levels are measured using percentages by volume. The numbers of the hematocrit vary in both men and women and are used to detect the presence or absence of life-threatening diseases. The hematocrit level is among the plasma donation requirements, and if found to be below the required level, an individual fails to qualify for plasma donation. The low levels put an individual at risk and vulnerable to headaches and dizziness, among other life-threatening diseases like lung or heart health issues. Some ways to solve the low levels include eating iron-rich foods and drinking lots of water, which solves the issue within 24 hours.

A preliminary screening is a vital process before blood plasma donation, and some of the things that get checked include body temperature and pulse rate. Amongst the plasma donation requirements is the measurement of blood pressure to ensure that the donor is free of any health issues that might put their lives at risk during the process.

If recent surgery has been conducted, then it becomes ill-advised to partake in a plasma donation because of the significant blood loss undergone during the surgery. Individuals must wait for at least six months as per plasma donation requirements to give the body time to recover from the surgical procedure and to determine if the surgical issue got sorted.

Individuals who have had tattoos or piercings within the past twelve months of their donation request may be postponed for at least six months. The needles involved in the procedure put a donor in a potential position of contracting infectious diseases which could be transmitted to the plasma recipient. Modern technology has made it less likely for tattoo and piercing procedures to cause infections, but medical professionals deem it safer to take the side of caution.

If an individual suffers from an ailment, they automatically don’t qualify for a plasma donation. To protect the donor and the recipient, the sick person gets temporarily deferred until after the symptoms subside. A fever could seem like an infection but also has the potential to become a sign of something serious, which brings about the risk of transmission to the recipient. Additionally, individuals that take specific medications for their illness require authorization from their primary care physicians.