Kishida told reporters after their roughly 40-minute conversation that Japan will step up diplomatic efforts to support Ukraine in cooperation with the Group of Seven nations, which are leading efforts to punish Russia for its invasion.

People walk on a street in Lviv, western Ukraine, on April 21, 2022, amid Russia’s continued invasion of the country. (Kyodo) ==Kyodo

Japan has strongly condemned Russia’s onslaught on Ukraine as shaking the foundation of the international order to its core, imposing a raft of sanctions against Moscow at the expense of bilateral ties amid a long-unresolved territorial dispute.

According to the Foreign Ministry, Kishida told Zelenskyy that Japan will deliver requested items, including food and medicine, as soon as possible.

Around 15 tons of food items, including canned bread and fish, are expected to be delivered to Ukraine, a Japanese government official said.

Within the bounds of the pacifist Constitution, Japan has so far sent or decided to provide bulletproof vests, helmets, protective masks and commercial drones since the Russian war in neighboring Ukraine began in late February. 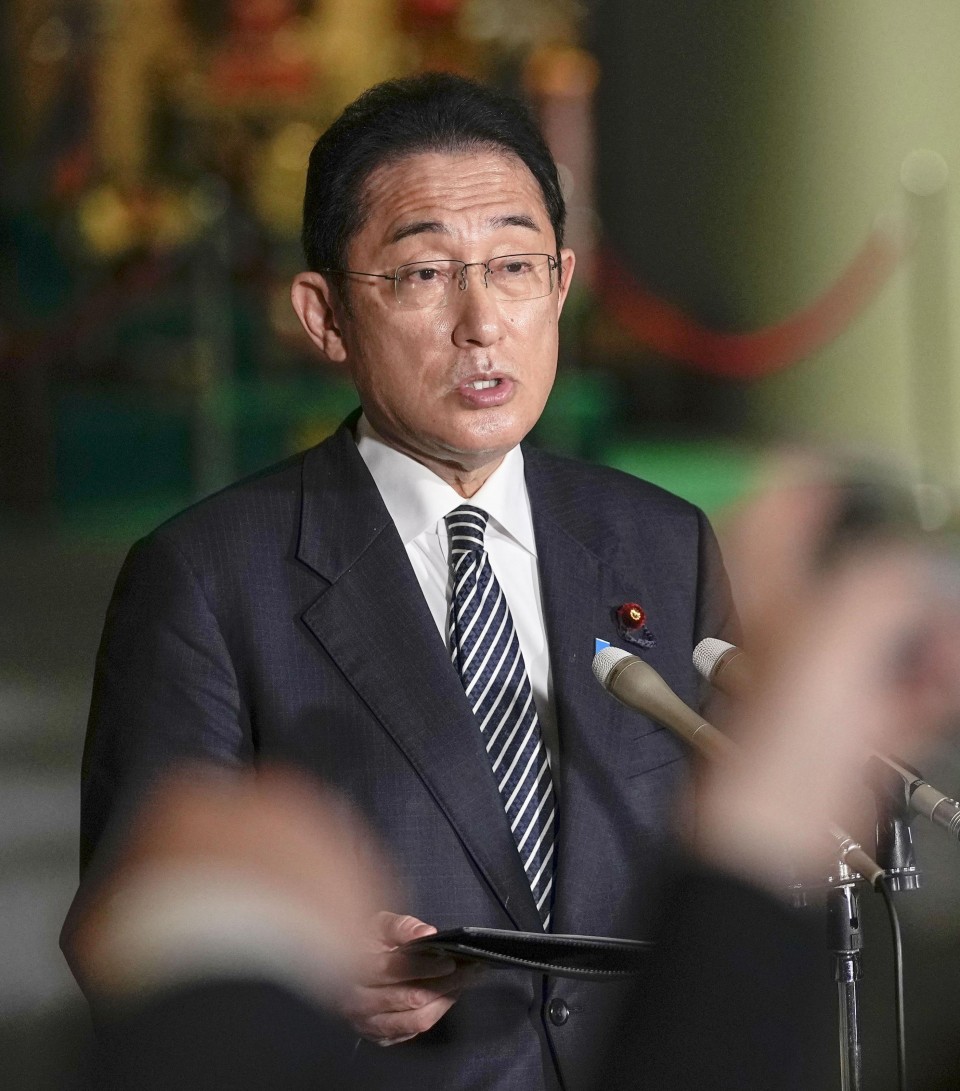 “President Zelenskyy explained his views on future assistance and sanctions (against Russia),” Kishida told reporters. “Japan will work closely with the G-7 and other nations to defend…peace and order.”

Kishida and Zelenskyy previously spoke by phone in early March.

Kishida has repeatedly said any unilateral use of force to change the status quo should never be tolerated. The crisis in Ukraine has raised the alarm about its implications beyond Europe and for the Indo-Pacific where China’s assertive moves are spurring regional concerns.

In a rare move for a nation known for its strict immigration and refugee policy, Japan has been taking in hundreds of people fleeing Ukraine, leaving the possibility open for them to stay longer and work in the country.

The government will assist the evacuated in various aspects of their lives, including finding jobs and going to school, as part of longer-term support for them, Kishida said.