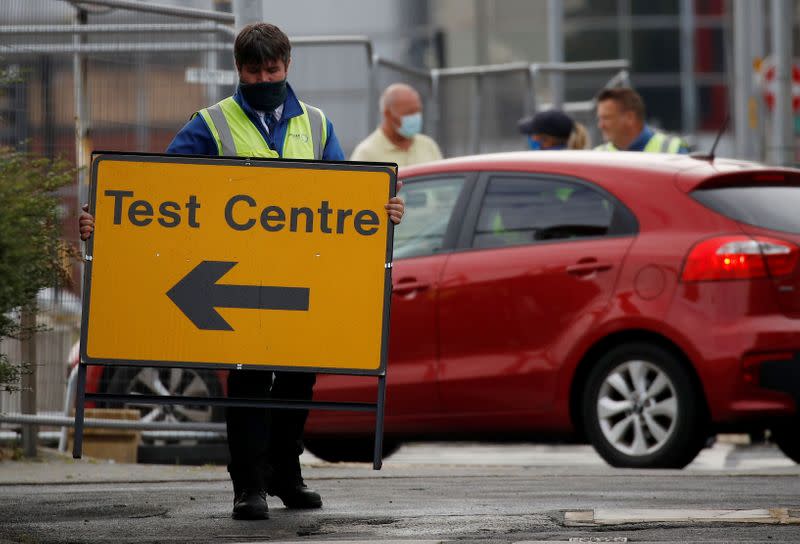 LONDON (Reuters) – There are as many as 45,000 new COVID infections in England each day, the largest study on prevalence of the coronavirus in the population said on Friday, adding that a resurgence in the north of the country could be replicated elsewhere in weeks.

Prime Minister Boris Johnson is battling to avert a second wave of COVID-19 with local lockdowns, but the study suggests that the number of daily infections could far exceed the 17,540 reported on Thursday.

The study by Imperial College London and Ipsos MORI showed that 1 in 170 people in England had the virus between Sept. 18 and Oct. 5, with 45,000 new infections each day.

It also found an eight-fold increase in infections among people aged over 65, compared to a previous report covering Aug. 20 to Sept. 8.

“Our robust findings paint a concerning picture of the growing epidemic across England,” said Paul Elliott, of Imperial’s School of Public Health.

“While certain areas are worse affected, if left unabated then infection trends will follow nation-wide and could lead to high levels of unnecessary death and illness from the disease.”

Imperial’s is the country’s largest population study on COVID infection rates, with 175,000 volunteers tested. Earlier on Friday, the Office for National Statistics found that daily cases had doubled in a week.