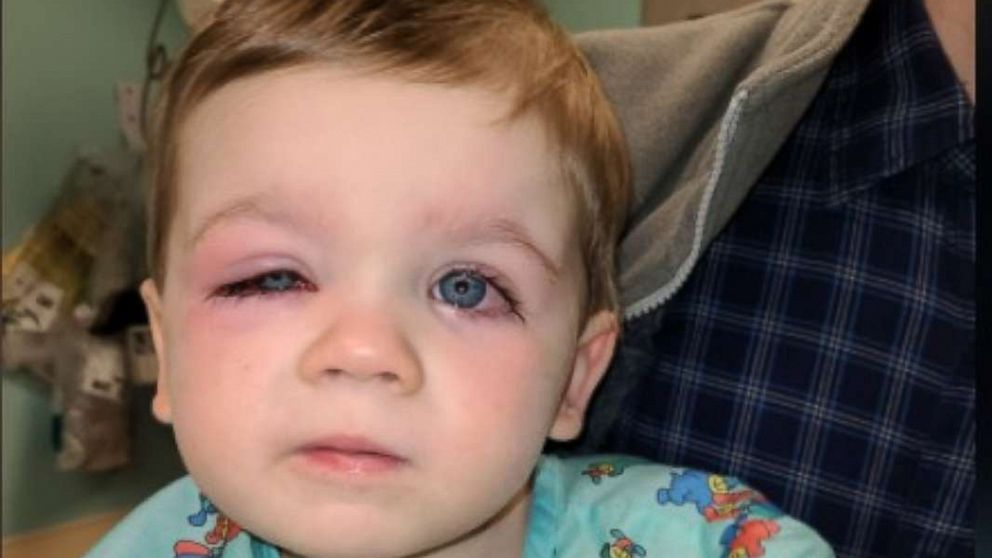 “Just throw them out.”

“Just throw them out.”

That’s the message one mom has about bath tub toys that squirt water after her 2-year-old son suffered from severe cellulitis after getting water from a rubber bath toy in his eye. Cellulitis, according to Stanford Children’s Health, is a serious type of infection and inflammation that can occur in different parts of the body. The most common cause of cellulitis of the eye, the organization said, is an infection with bacteria.

“This is not the hill you want to die on,” Eden Strong, a mom of three from suburban Chicago, told “Good Morning America.”

In a Facebook post that’s now been widely shared, Strong said she was warned her son could lose vision in one eye by the doctors who initially examined him.

She wrote in part, “When he woke up at 6am and I laid eyes on him in his crib, I screamed to my husband to get in the car. His eye was so swollen that the white part was bulging out from between his eyelid and his iris was being obscured. He felt hot to the touch and a temperature check showed that he had a raging fever. Despite having another child with epilepsy and therefore being pretty good at keeping my cool, I cried the entire drive to a larger hospital, praying that he wouldn’t lose his eye.”

Strong said she regularly cleaned the toys, well aware they can trap water and fill with mold. But, she wrote, “You cannot clean them, you just can’t. I don’t have any moldy tub toy pictures to show here, because there was never any visible mold to take a picture of. You can’t see bacteria and I’ve known that since 6th grade science class but I thought I was better than dirty tub toys. I was wrong.”

Strong said she’s received “hundreds” of messages and photos from parents who have had near-identical experiences.

“The response [to the post] has been mind-blowing,” she said, referring to the thousands of comments and messages. “I’m disgusted and horrified by how many parents and kids have gone through the same experience.”