In February, Jennifer Bouchard was considering a second location for her men and children’s consignment shop, Happily Ever After Consignment Boutique.

“I had a great response immediately,” she said of the store she had opened in October. “February was like, on and popping. It was crazy.”

Opening her own store was her dream. She worked for a spell at Twice as Nice, learning the intricacies of the business before she opened her own store. 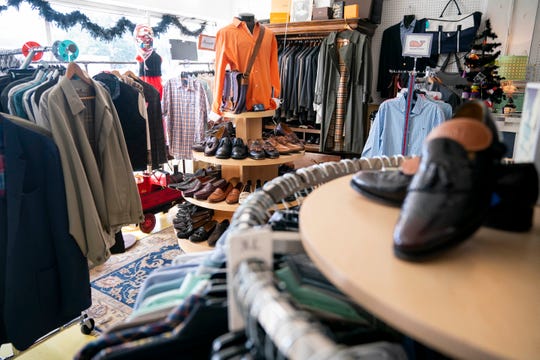 “I’ll do whatever I have to do to make it work,” she said in a 2019 interview with the Daily News.

But then the pandemic hit. By the second week of March, Bouchard’s store was a “ghost town,” she said. Traffic in and out of her store slowed, then trickled, then stopped. She closed for the month of April and reopened in May, but the damage was done. The money she had saved to get through the summer months was depleted, and Bouchard doesn’t know if she can get through it again. She applied for a PPP loan and said she was denied because it was a new business and did not have a tax return at the time.

From last year: Consignment stores a popular option for bargain shoppers in Naples

“I put every dollar that I have into this business,” she said. “Am I going to lose everything because of something that I couldn’t control?”

Bouchard isn’t alone in her plight. Fellow second-hand shops struggled when the COVID-19 pandemic shuttered businesses across the region, and business hasn’t returned to what it was prior. There’s hope for recovery — but plenty of anxiety, too. 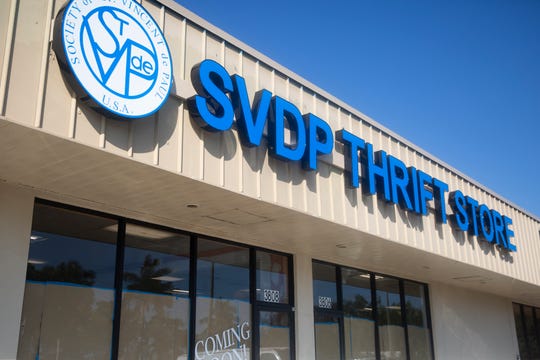 They closed every store in March and reopened in May.

“It was a big setback. It’s the constant income we rely on,” Schul said.

Allen said income from the stores typically funds other programs for St. Vincent de Paul. They provide programs like Meals on Wheels and other assistance, such as food and hygiene items and utility assistance.

Further complicating the financial losses, Allen said the nonprofit is largely possible because of volunteers, and many are seniors who can not return or don’t feel safe doing so. While donors stepped up, St. Vincent de Paul had to get creative as it heads into season.

“This is still not season yet,” Schul said. “We don’t know how many people will come back.”

Allen said the nonprofit needs to bolster awareness of its presence in the community and is looking to more concentrated efforts in specific communities. For example, they’re running a donation pick-up event in Pelican Marsh on Oct. 29, wherein residents can schedule a time for the Saint Vincent de Paul team to pick up their donations. They’re also stationing a truck at the community’s clubhouse for a food drive.

“The more folks that understand who we are and what we do, obviously, the better for us and what we’re trying to accomplish,” Allen said. 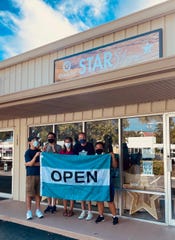 Around the corner from Bouchard’s store in the Naples Design District, the STARability Foundation’s STAR Store has struggled, too. The foundation, which serves individuals with intellectual and developmental disabilities in Southwest Florida, launched the store last year with its grand opening in October.

Carrie Jo Terry, the store’s director, said the store closed in March through a soft opening in September, and now has only been open for its normal hours since the beginning of the month.

More than just a store

The store is an opportunity not only for the nonprofit to generate money for its programs, but to provide occupational training and life skills. The store features merchandise as well as an art studio where participants make candles, and they sell some of their photography there, too.

Like Bouchard, Terry said she felt the store was finally gaining steam at the beginning of the year before the pandemic abruptly halted their activities.

“I think it took everybody sort of by surprise,” she said. “When it came on the scene and it got on everybody’s radar, I don’t think anybody thought we would be where we’re at today.”

In an effort to raise awareness for the STAR Store, Terry said they’re planning an Oct. 14 grand re-opening from 6-8 p.m. in the parking lot, followed by a number of sales in the following days and a new product line launch from the Fort Myers-based Products of Purpose.

Terry hopes the community will take a closer look at the offerings of small businesses.

“Shop where you’re supporting something that’s doing a good thing for your community,” she said. “I think you wouldn’t be disappointed to come and see all our little treasures in our store.”

“We do need each other’s help. We do need the community to support us,” she said. “All the other small businesses that are in my position, just hang tight.”