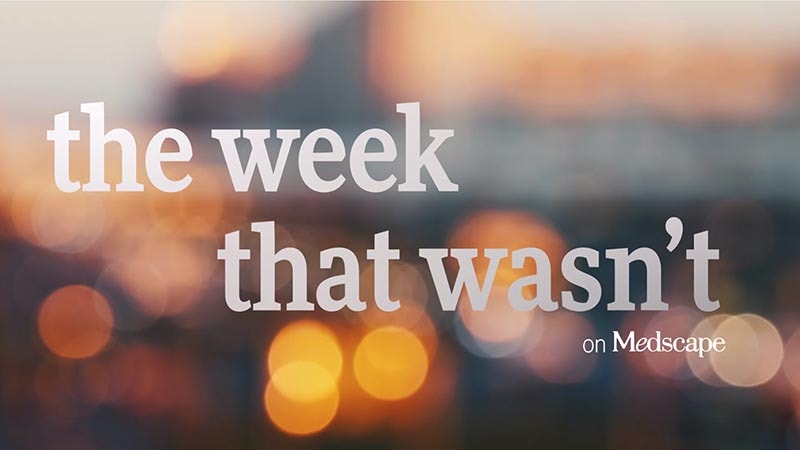 This week in medical news, researchers proposed that genetic variants inherited from Neanderthals affect risk for SARS-CoV-2 infection, a study indicated that drinking coffee before breakfast impairs glucose control, and officials confirmed the presence of Naegleria fowleri, an amoeba that can infect the brain, in a Texas city’s water supply. But you didn’t see these headlines on Medscape. Here’s why.

Recent studies into the genetic risk factors for severe COVID-19 have shown that a region of the human genome located on chromosome 3 is significantly associated with severe disease. In a new article in Nature, researchers from the Max Planck Institute for Evolutionary Anthropology in Leipzig, Germany, demonstrate that the genetic variants most associated with severe COVID-19 seem to have been inherited from Neanderthal ancestors.

“It is currently not known what feature in the Neanderthal-derived region confers risk for severe COVID-19 and if the effects of any such feature is specific to SARS-CoV-2, to other coronaviruses or to other pathogens,” the researchers wrote.

Genetic research, especially when it involves human ancestry and Neanderthals, is fascinating science, but this tidbit of information is little more than trivia for busy clinicians. It also received publicity in July, when the researchers posted these findings as a preprint, before peer review. The finding doesn’t have clear clinical implications for how to treat patients with COVID-19, so we didn’t see the need to draw our readers’ attention to it.

The researchers found that sleep quality did not affect peak plasma glucose and insulin concentrations, as determined through oral glucose tolerance tests, but both of these measures were higher after the participants drank coffee. “If a strong caffeinated coffee is consumed, then a reduction in glucose tolerance can be expected,” the researchers concluded.

Mechanistic studies such as this one are important to understanding biology, but it’s not clear that the results mean drinking coffee before breakfast “could give you diabetes,” as one headline put it, especially inasmuch as the study participants were healthy young adults whose mean age was 21. This single study does not provide enough evidence to change the advice clinicians should give patients, especially since, with coffee, there’s always conflicting research about its health effects.

A 6-year-old boy from Lake Jackson, Texas, near Houston, died in September after becoming infected with Naegleria fowleri, a microbe that causes primary amebic meningoencephalitis when it reaches the brain. Local officials this week confirmed that a sample of water from the boy’s home and two other samples of the city’s water yielded preliminary positive test results for Naegleria fowleri, the Associated Press reported. Officials are taking steps to cleanse the city’s water supply, which they said could take 60 days.

In a health news cycle dominated by COVID-19, this story stands out as unique and tragic. But is the presence of the so-called brain-eating amoeba in one Texas city relevant to Medscape’s international readership for any reason other than that the term “brain-eating” sounds dramatic? We didn’t think so. Cases of primary amebic meningoencephalitis are rare in the United States, although at least one has been reported in the country most years since 1962, so they are not unheard of.

Ellie Kincaid is Medscape’s associate managing editor. She has previously written about healthcare for Forbes, the Wall Street Journal, and Nature Medicine. She can be reached at [email protected] or on Twitter @ellie_kincaid.