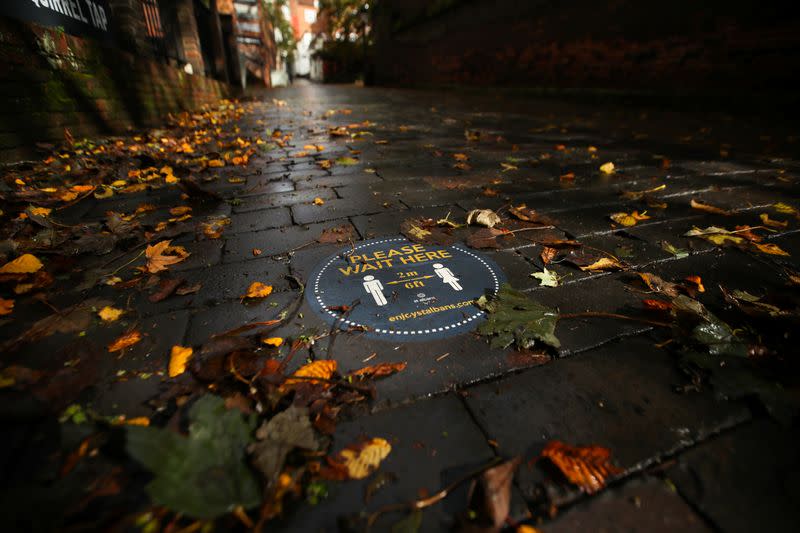 No symptoms for 86% of lockdown COVID cases, UK study says

LONDON (Reuters) – People who were asymptomatic accounted for 86% of the people who tested positive for COVID-19 in a UK sample population during lockdown, a study showed on Thursday, meaning the current policy of testing people with symptoms might miss many cases.

In England, people are encouraged to get tested for COVID-19 only if they have symptoms of a persistent cough, fever, or loss of taste or smell, with suspected contacts of positive cases told to self-isolate in the first instance.

But epidemiologists at University College London found that such an approach might miss the vast majority of cases, complicating Prime Minister Boris Johnson’s attempts to clamp down on a second wave of the virus.

UCL scientists used the Office for National Statistics Infection Survey, which looks at the prevalence of COVID-19 in the community and not only those who get a test because they have symptoms.

The pilot study sampled 36,061 people living in England, Wales and Northern Ireland who were tested between April 26 and June 27.

“The fact that so many people who tested positive were asymptomatic on the day of a positive test result calls for a change to future testing strategies,” said Irene Petersen of UCL Epidemiology & Health Care.

The authors noted that other studies showed different results, with one in China suggesting just 5% of cases were asymptomatic, and a study in Iceland suggesting 43 cases out of 100 had no symptoms. They added that the sampling used in any study was likely to be a factor in its findings.