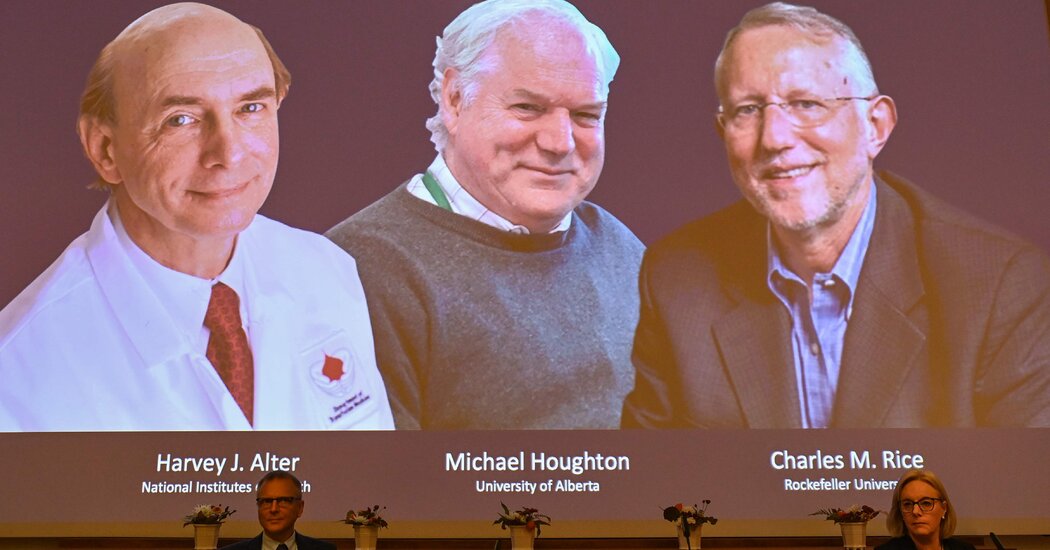 Numerous life saving treatments have also been developed for the hepatitis C virus, many of which are in regular use today. When available, hepatitis C antivirals can block the virus from multiplying in the body, and can cure people of the infection in weeks. Researchers around the world are now at work on a vaccine that could prevent future hepatitis C virus infections and disease.

“For the longest time, we had nothing to treat this virus with,” said Dr. Guadalupe Garcia Tsao, a cirrhosis expert at Yale University. Preventing the disease, she added, was also nearly impossible without accurate tests. “For most of my career, it was the bane of my existence. But from the moment they made these discoveries, the numbers of sick people went down dramatically.”

Even hepatitis C drugs that originally failed to clear the approval pipeline have found new use in modern times: Remdesivir, one of only a handful of treatments with emergency authorization from the Food and Drug Administration to treat severely sick Covid-19 patients, was originally developed as an antiviral against the hepatitis C virus.

“That’s really the story of investing in basic science, and having it pay off later down the road,” said Stephanie Langel, a virologist and immunologist at Duke University.

Who are the winners?

Dr. Alter, an American, is a medical researcher for the National Institutes of Health in Maryland. Born in 1935 in New York, he earned a medical degree at the University of Rochester before joining the N.I.H. in 1961.

Dr. Rice, born in Sacramento in 1952, is a professor at Rockefeller University in New York. From 2001 to 2018, he was the scientific and executive director at the Center for the Study of Hepatitis C. He earned his Ph.D. from Caltech in 1981.

In an interview Monday morning, Dr. Rice described the utter shock he felt at receiving the early morning phone call notifying him of the award.