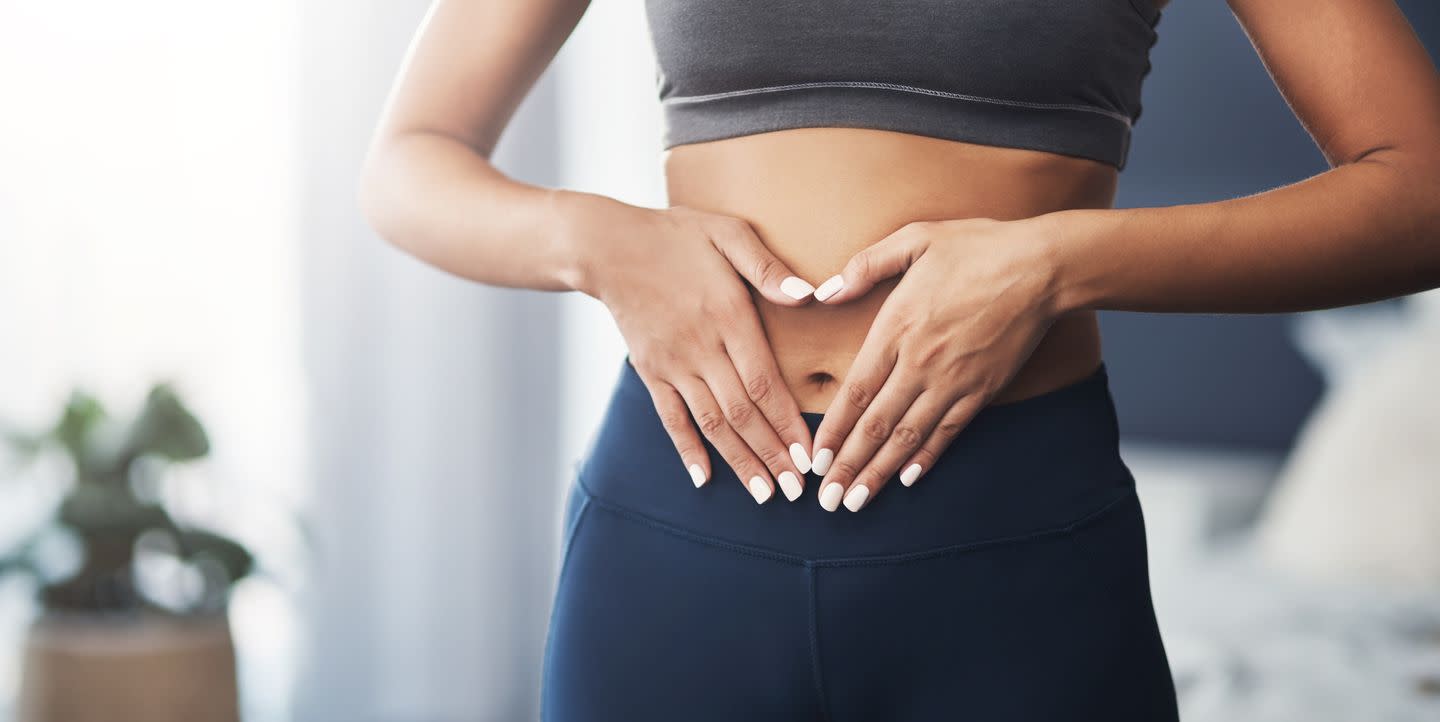 PCOS And Endo Can Both Mess With Your Period, But They’re Totally Different Conditions

In the world of reproductive conditions that can be tough to diagnose, two tend to get the most attention: polycystic ovary syndrome (PCOS) and endometriosis. While you’ve probably at least heard of both of these conditions, you might be fuzzy on the details. And, with that, it’s easy to confuse the two.

It’s important to know that it’s not rare to have either one of these health issues. “These are two relatively common gynecological conditions,” says Taraneh Shirazian, MD, an ob-gyn with NYU Langone Health. PCOS affects one in 10 women of childbearing age, according to the U.S. Department of Health and Human Services’ Office on Women’s Health (OWH). Endometriosis is slightly more common, impacting more than 11 percent of women between the ages of 15 and 44, according to the OWH.

Both conditions are notoriously tough to diagnose, given that their symptoms could be caused by a range of different issues, says Jessica Shepherd, MD, an ob-gyn in Texas. That doesn’t mean it’s impossible for a doctor to make the right diagnosis—it just can take a little more time and detective work than with some other conditions.

What exactly is PCOS?

What it is: PCOS is a health problem caused by an imbalance of reproductive hormones, the OWH says. That hormonal imbalance creates problems in the ovaries, which make an egg that’s released each month as part of a menstrual cycle. When you have PCOS, the egg might be develop the way it should or it might not be released during ovulation, the OWH says.

The most common symptoms:

What it is: Endometriosis, also commonly referred to as simply “endo,” happens when the endometrium, the tissue that normally lines the uterus, grows outside of the uterus and on other areas in your body where it doesn’t belong, according to the OWH. Endometriosis tissue growth is most commonly found on the ovaries, fallopian tubes, tissues that hold the uterus in place, and the outer surface of the uterus, although it can also show up on the vagina, cervix, vulva, bowel, bladder, or rectum, too.

Endometriosis implants respond to changes in the female hormone estrogen, and the implants may grow and bleed like the uterine lining does during your period, ACOG says. That can cause the surrounding tissue to become irritated, inflamed, and swollen.

The most common symptoms:

Worth noting: Many women with endometriosis don’t have symptoms, according to ACOG.

What are the key differences between the two conditions?

A lot of it comes down to symptoms, says Christine Greves, MD, a board-certified ob-gyn at the Winnie Palmer Hospital for Women and Babies in Orlando, Florida. “Typically, if you have a lot of pelvic pain, that would make me think that you might have endometriosis,” she says. “But irregular bleeding tends to be more of a sign of PCOS.”

It’s true that people with PCOS can also experience pelvic pain, Dr. Greves points out, but “it’s not typical pain associated with periods, like patients who have endometriosis experience.”

Ultrasounds can also be used to help diagnose both conditions, which look different through imaging, Dr. Shepherd says. “The ultrasounds can determine multiple cysts with PCOS and, if there is a cyst with endometriosis, it will be usually one and have characteristics different than PCOS,” she says.

The only way to know *for sure* if a woman has endometriosis is through a surgical procedure called a laparoscopy, where a fiber-optic instrument is inserted through the abdominal wall to view the organs in the abdomen, per ACOG. PCOS, on the other hand, is usually diagnosed through a pelvic exam, ultrasound, and blood work.

How would I know for sure if I have PCOS or endometriosis?

Making an armchair diagnosis isn’t really recommended with any health condition, including PCOS and endometriosis. But it makes sense that you might want to have some clue about what’s going on in your body to help navigate convos with your doctor.

A lot of the diagnostic process comes down to monitoring your period and pain levels. “Track periods for regularity and also pain to help determine possible differences that will help a doctor pinpoint which one it might be,” Dr. Shepherd says. If you regularly have intense pain leading up to your period and during it, it could be a sign you’re dealing with endometriosis, she says.

But, if your periods are irregular, and you’re dealing with other symptoms like hair on your face, chest, abdomen, or upper thighs, as well as acne that won’t quit, it could be a tip-off that you have PCOS, Dr. Shirazian says.

If you suspect something is off with your body, it’s time to rope in your doctor. From there, they’ll likely do a pelvic exam and maybe even order additional testing like blood work or an ultrasound, Dr. Greves says.

Is it possible to have both PCOS and endometriosis?

Yup. “Absolutely you can have both at the same time,” Dr. Shepherd says. “It is not very common, but still possible.” However, she adds, “Having one does not increase the chance of having the other.” Noted.

Unfortunately, one is also not protective of the other, Dr. Greves says, meaning that having PCOS won’t keep you from developing endometriosis, and vice versa.

Just know this, per Dr. Shirazian: “They’re not commonly linked. We don’t usually find the two together.”