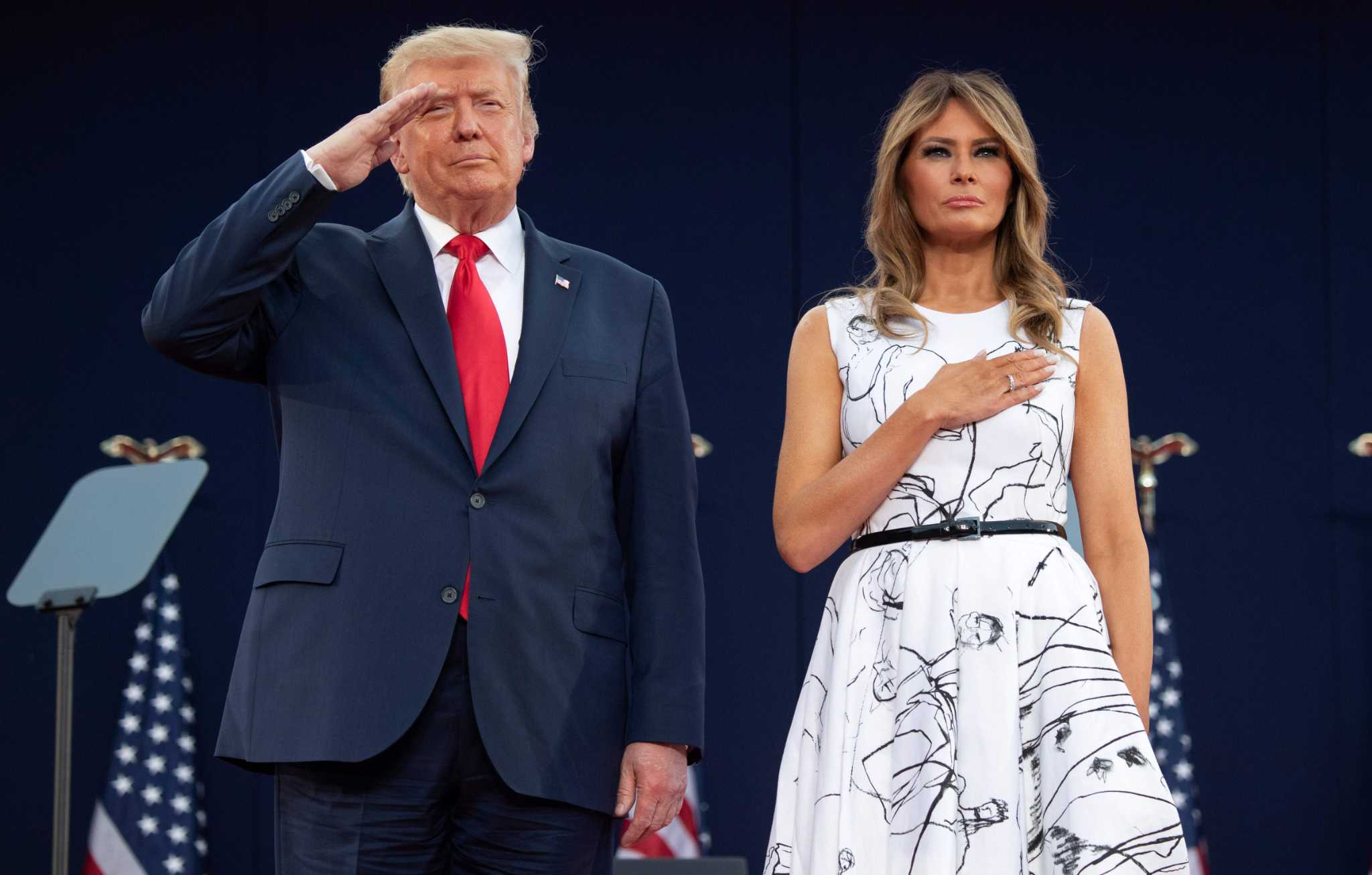 (Bloomberg) — President Donald Trump announced early Friday that he and First Lady Melania Trump had tested positive for Covid-19, shortly after one of his closest aides, Hope Hicks, had fallen ill with the coronavirus.

“Tonight, @FLOTUS and I tested positive for COVID-19. We will begin our quarantine and recovery process immediately. We will get through this TOGETHER!” the president said on Twitter.

Trump’s announcement comes with barely one month left until the U.S. presidential election — a contest against Democrat Joe Biden that has focused heavily on Trump’s handling of the coronavirus, which Biden and others have criticized as slow off the mark and ineffective.

In a memo released early Friday morning, Trump’s physician said that the president and first lady plan to remain at the White House “during their convalescence” and that the medical unit would “maintain a vigilant watch.”“Rest assured I expect the president to continue carrying out his duties without disruption while recovering, and I will keep you updated on any future developments,” White House physician Scott Conley said.

Judd Deere, a White House spokesman, said contact tracing for Trump and Melania Trump was being carried out and “the appropriate notifications and recommendations will be made.” Contact tracing for Hicks, he added, was already complete.

In a tweet, the first lady said that she and her husband “are feeling good & I have postponed all upcoming engagements. Please be sure you are staying safe & we will all get through this together.”

It wasn’t immediately clear how Trump contracted the virus, which has killed more than 200,000 Americans. But Hicks tested positive after flying with aboard Air Force One to the presidential debate in Cleveland on Tuesday and to a campaign rally in Minnesota on Wednesday.

“We spent a lot of time with Hope and others. So we’ll see what happens,” Trump said during the Fox interview with Sean Hannity.

Several other members of Trump’s circle tested positive for the virus earlier this year — including National Security Advisor Robert O’Brien.

His aides had worried that Trump’s lack of sleep during the final stretch of the presidential campaign could leave him especially vulnerable to infection. The president did not return to the White House until after midnight following his Tuesday and Wednesday trips. His age also puts him at greater risk for serious illness from the virus.

Trump has sought to diminish the significance of the virus amid surveys showing a majority of Americans disapprove of his handling of the pandemic, which he has said would simply “disappear.” Trump has pushed for states to reopen their economies even as caseloads have surged.

The president, who initially downplayed the importance of wearing masks and later endorsed their use, has seldom worn a face covering in public and also hasn’t followed recommendations about staying six feet away from others. The White House has said those precautions aren’t needed for Trump because people allowed in close proximity are tested for the virus.

Trump has said he had no regrets about his response to the pandemic, and argued that he “up-played it in terms of action” even though he told journalist Bob Woodward in a taped conversation that he downplayed the threat it posed in order to avoid scaring Americans. He again cast doubt on whether masks effectively prevent transmission of the virus.