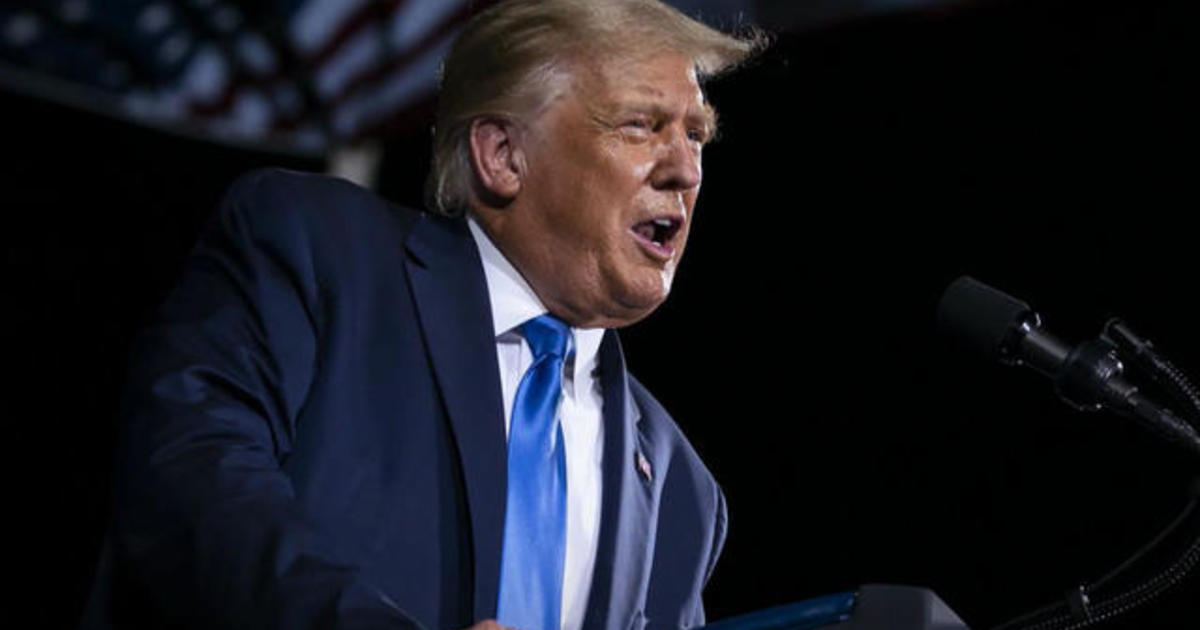 President Trump said Friday that he and first lady Melania Trump both tested positive for the coronavirus. One of the key things the White House needs to be transparent about is Mr. Trump’s incubation period, chief medical correspondent Dr. Jon LaPook said Friday.

“The incubation period is 2 to 14 days. That means if I get infected today, I don’t become infectious until 2 to 14 days from now,” LaPook said on “CBS This Morning.” “So then that’s how you figure out who was contacted, who was infected, who was possibly exposed.”

LaPook emphasized the importance of the incubation period when asked if it was troubling to hear that the president went to a fundraiser in New Jersey after Hope Hicks, who he was in close contact with, had been diagnosed with COVID-19 on Wednesday.

“If Hope Hicks tested positive on Wednesday, then she was probably infected at least 48 hours before then, and on an average five days from the time you’re exposed to being infected,” he said. “It’s not necessarily that he got it from Hope Hicks. It’s that they could have both gotten it from somebody else and both have been incubating. He could have been infected but not yet infectious, and then, once he became infectious, he of course could spread it to others.”

“(That’s) why it’s so important to wear a mask all the time, especially indoors,” LaPook added.

Mr. Trump has repeatedly downplayed the need for masks. Hicks and other White House staffers were seen boarding Marine One and Air Force One without masks on Wednesday.

Former Governor Chris Christie, who helped the president prepare for Tuesday night’s presidential debate, told CNN Friday that the handful of people who were helping were not wearing masks.

During the debate, the president also mocked Democratic presidential nominee Joe Biden for wearing a mask when he is campaigning. On Friday, Biden tweeted that he wished a “speedy recovery” for Mr. Trump and the first lady.

Though Biden and Mr. Trump were standing more than six feet from each other during the debate, Biden “theoretically” could be in jeopardy of having contracted the virus, LaPook said.

“I think probably he’s not in big danger, but the vice president’s not out of the woods,” LaPook said.

Mr. Trump tested negative for COVID-19 on Tuesday, but he still could have had a low level of the virus. Speaking loudly also results in more aerosols, which spread the virus, LaPook added.

On how Mr. Trump may handle the diagnosis, LaPook said, “statistically, he should do well,” but said the coronavirus is “unpredictable.”

“He does have some risk factors of age and obesity,” he said. “He’s going to be watched very closely.”

Among the symptoms that he could get, “the most important thing is, is he having any problem breathing?” LaPook said.