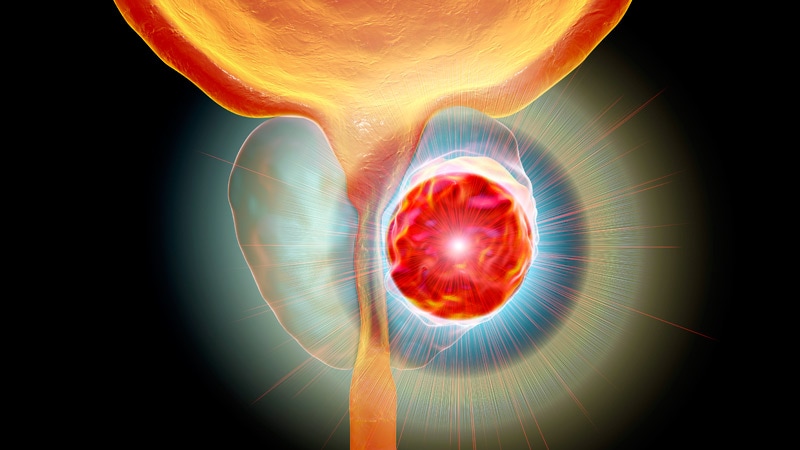 For men with metastatic castration-resistant prostate cancer (mCRPC), any new therapy that offers the chance of a higher response rate or longer survival compared with the standard of the care would be welcome.

The US Food and Drug Administration (FDA) recently approved two such drugs for use in men with mCRPC: the poly (ADP-ribose) polymerase (PARP) inhibitors rucaparib (Rubraca) and olaparib (LynParza).

Both drugs were approved for use in the treatment of men with advanced prostate cancer with deleterious germline and/or somatic BRCA mutations following treatment with androgen receptor–directed therapy and taxane-based chemotherapy.

But there was difference in the wording of the indication that was approved, as noted by Michael T. Schweizer, MD, and colleagues from the Fred Hutchinson Cancer Research Center and the University of Washington in Seattle, Washington, in a recent commentary published in the Journal of Clinical Oncology.

It’s the “deleterious or suspected deleterious” part of that indication that has these experts concerned, inasmuch as this may lead to the drug being used injudiciously to treat some patients who might better be treated with other approaches.

“Using standard-of-care PARP inhibitors in those with uncertain or little chance of benefit could mean missing a window of opportunity for more effective therapy. This may result in decreased survival and hamper clinical trial enrollment to the very studies that could define the predictive utility of individual genes,” they write.

Elaborating in an interview with Medscape Medical News, Schweizer said: “The issue is that olaparib has a long list of genes that would make you eligible to receive it, but it’s not clear that many of these genes are good biomarkers for response to that drug.”

For patients who have “one of the less common HRR genes, maybe without high level of evidence that they are really predictive of response, I would still give careful consideration to some of the other drugs that have been around for a while and that we know have a track record of working well for prostate cancer, such as taxane-based chemotherapy,” Schweizer commented.

Mark Pomerantz, MD, a geneticist and specialist in genitourinary oncology at the Dana-Farber Cancer Institute in Boston, Massachusetts, who was not involved in the study, told Medscape Medical News that Schweizer and colleagues are “exactly right.”

“The landmark studies leading to the approval of the two PARP inhibitors for prostate cancer were critical studies,” Pomerantz said in an interview. “What they do not address, however, is the full expanse or limitation of patients who benefit the most from these drugs.”

The editorial is “a call to action” for more extensive studies of specific mutations to see which may be sensitive to PARP inhibitors, he said.

In their commentary, Schweizer and colleagues note that the approval of olaparib includes several genes that have not been shown in clinical studies to be predictive of response to PARP inhibitors.

“The unintended consequence of using this permissive biomarker strategy for selecting patients for PARP inhibitor treatment may be that patients who have an unclear chance of benefit are exposed to toxicities and delays in utilizing more effective therapies,” they write.

“In addition, this broad approval could hamper efforts to enroll patients in studies designed to better delineate the ability of relatively rare mutations to predict response to PARP inhibitors,” they continue.

In the pivotal phase 2 TRITON2 trial, which led to rucaparib’s accelerated approval for mCRPC, a preliminary analysis showed that the objective radiographic response rate among patients with BRCA-mutated mCRPC and measurable disease was 44%; for slightly more than half of the patients who responded, the duration of response was at least 6 months.

Olaparib was approved for mCRPC on the basis of the phase 3 randomized PROfound study. The trial had two cohorts: one for men with at least one alteration in BRCA1, BRCA2, and/or ATM, and one for men with alterations in any of 12 other prespecified genes.

The investigators reported in The New England Journal of Medicine in May 2020 that the trial met its primary progression-free survival endpoint for the BRCA/ATM mutation population, with a median of 7.4 vs 3.6 months for control patients (men assigned to receive the physician’s choice of abiraterone or enzalutamide).

But as more recently reported, overall survival was significantly improved with olaparib for men in the BRCA/ATM cohort, but there was no significant survival benefit among men with other HRR gene mutations.

The editorial by Schweizer and colleagues was published a few weeks before these final PROfound results were reported at the European Society of Medical Oncology 2020 Virtual Congress. But even before these additional data were reported, they wrote the following:

“On the basis of the published studies, there are limited data to support use of olaparib in the absence of BRCA1/2 mutations, and without other indications of HR repair deficiency, these patients would be better served by participating in clinical trials or receiving a therapy that is beneficial in unselected patients (eg, taxane-based chemotherapy.”

Dana Farber’s Pomerantz said that his center tries whenever possible to perform genetic profiles of mCRPC tumors, in addition to assessing the patient’s genetic background.

“Cancer is a disease of two genomes,” he explained. “We’re always dealing with two genomes: the germline genome ― the genome that’s inherited from your parents ― and the somatic genome, the deranged, mutated genome of the tumor.”

He said that some germline and somatic DNA-damage repair mutations can make prostate tumors susceptible to PARP inhibition, but further trials are needed to determine the ultimate role of PARP inhibitors in advanced prostate cancer.

“I think there’s still a big knowledge gap here,” Schweizer said. “We need to really focus on clinical trials to better delineate which biomarkers are really appropriate for selecting patients for these drugs.”

The commentary by Schweizer and colleagues was supported by a National Institutes of Health SPORE grant. Schweizer reported a consulting/advisory role for Janssen and Resverlogix and institutional research funding from several companies. Pomerantz has disclosed no relevant financial relationships.