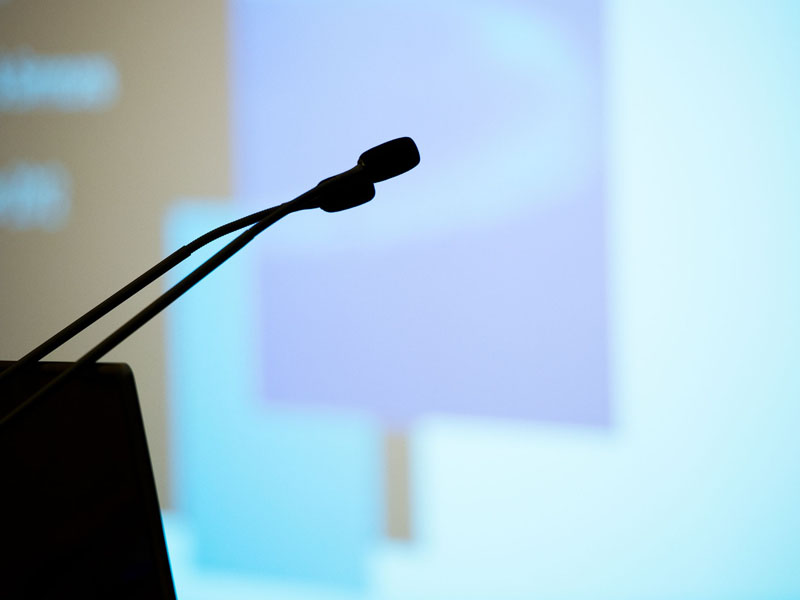 Roundtable Shows How to Square Off for Family Medicine

If you’re reading this, a blog dedicated to the Academy’s lobbying efforts and the surrounding political landscape, you might be preoccupied with Election Day. In what’s already been a dramatic, often chaotic year, you too may find yourself wondering how the next five weeks could feel like so much time and so little — give or take however long past Nov. 3 we might have to wait before knowing the true, binding outcome. (www.newyorker.com)

So it was something like a comfort to see the roundtable portion of the AAFP’s annual State Legislative Conference — the first of the adapted-for-the-pandemic event’s four online-only sessions — unfold this past week pretty much as it would have in a live setting.

Meaning: tales from the front lines of the fight for family medicine, with emphasis on some striking wins alongside candid dissections of pushes that fell short.

About 70 members dialed into the roundtable, an attendance figure not far removed from what we’re used to seeing in a fly-in year. They got to witness the Academy recognize 2020’s Leadership in State Government Advocacy award winners: the California, New York and Virginia chapters. And they heard from the Idaho AFP on Medicaid, the Florida AFP on scope of practice, the Colorado AFP on COVID-19 policy and the Iowa AFP on telehealth — topics in which members had signaled strong advance interest.

The Academy’s Commission on Federal and State Policy reviews materials submitted by chapters vying for the awards, which are meant to cite outstanding contributions to further family medicine through state-level legislative accomplishments or policy initiatives.

Virginia’s chapter earned the nod with a timely victory: helping to get significant vaccine legislation across the finish line. H.B. 1090(lis.virginia.gov) replaces the commonwealth’s outdated list of vaccines mandated for attendance at public and private schools with a more open-ended requirement that the Virginia Department of Health maintain “continuous conformity” with CDC immunization standards.

“Little did we know how important this legislation would be,” said Emmeline Gasink, M.D., speaking for the chapter during the roundtable. “I said, ‘Why not? Let’s see how this goes.'”

It went uneasily, given well-organized opposition from anti-vaccination groups. Those groups often — and incorrectly — cite federal overreach as a reason to resist immunization mandates, and they did in this case as well.(www.wtvr.com) So the chapter deployed a solid counter-strategy: foregrounding the measure as a state-led initiative focused on the health of Virginians.

“We worked diligently with every (general assembly) member on this common-sense piece of legislation,” Gasink said. “Lobbying efforts included numerous speakouts and meet-and-greets and countless phone calls to educate lawmakers and ensure that we avoided any perception of being held captive to federal authority.”

Political fights about immunization aren’t going away, especially with a potential COVID-19 vaccine in development, and that’s still true in Virginia.(wtop.com) But — thanks in large part to the Virginia AFP — H.B. 1090 goes into effect next July 1 and includes state funding to ensure that those who can’t afford needed vaccines still have access to them.

For its part, the New York chapter allied itself with more than 40 partners to defeat another stubborn adversary, the backers of e-cigarette products. After several attempts to ban flavored e-cigarettes by executive order stalled in court, the New York AFP, together with the Flavors Hook Kids NYC(flavorshookkidsnyc.org) coalition, pushed legislators to enact S.B. 7506.(assembly.state.ny.us) The bill moved fast and has already been enacted. In mid-May, New York halted the sale of all flavored e-cigarettes in the state. (www.health.ny.gov)

Credit the New York AFP for that speed. The chapter’s presentation to lawmakers of research connecting the use of tobacco and vaping to COVID-19 progression reignited urgency.

“These products get kids hooked on nicotine products and lead to poor health outcomes, making it a public health issue,” Barbara Keber, M.D., the chapter’s immediate past president, said at the roundtable. Her description of the process echoed the Virginia win. “We had frequent outreach sessions, via grassroots and formal events,” she said. “We developed materials and sent memos to legislators and to the governor. We had coalition lobby days in February and March, changing the second one to an all-virtual event.”

And the California AFP leveraged its already well-calibrated pursuit of primary care payment reform to respond to COVID-19. The chapter supported a proposal to allow the state’s Health and Human Services Agency to unite public and private payers behind physicians transitioning their practices to the patient-centered medical home model. Alongside other organizations, the chapter is in talks with Gov. Gavin Newsom on how to support primary care practice hit hard by COVID-19 while advancing coordination among payers.

Among other issues chapters asked to discuss was Medicaid expansion, a hot policy this year.

“We were there from the beginning, in 2012. I was the coordinator of the effort,” said Liz Woodruff, M.A., executive director of the Idaho AFP, who analyzed that long fight for roundtable participants. As happened elsewhere this year, a ballot initiative — with backing from the state’s AFP — delivered for patients where initial policymaking had failed.

“In 2018, after the IAFP joined a coalition to advise on the ballot proposition, voters passed expansion,” Woodruff said. “Two other states did, too, at the same time, but Idaho’s had the biggest margin.”

Again, victory entailed involvement. Woodruff told the roundtable that the chapter’s board president was very active in media while the fight was on, and also lent expertise to panels and met with lawmakers. The chapter, meanwhile, placed physician-written op-eds in newspapers and built coalitions with other groups.

“And I can’t even count the number of hearings over the years to which we submitted testimony,” she said.

“The lessons learned from Idaho are transferrable to small, conservative states,” Eric Waskowicz, manager of the Academy’s Center for State Policy — which organizes the SLC — said during the roundtable. “The chapter tailored its methods to meet biases against the Affordable Care Act.”

Waskowicz broadened that point when we talked the day after the roundtable.

“With no action at the federal level on expanding Medicaid — and action on other priorities often slow or nonexistent — state action is not only needed but is often the fastest way to win changes,” he said. “Members can be impactful where they are, affecting people they’re close to.

“We’re going to take the next couple of months to reinforce that with these next SLC sessions, ahead of when most legislatures reconvene in the new year,” he added.

Those sessions, like the roundtable, are online-only and free. And if you’re a regular SLC-goer, you’ll probably see some familiar names on your screen; registration for the remaining events, Waskowicz said, is already strong.

I’m not surprised. At a moment when the national conversation is deafening and a deadly public health crisis continues to slam Americans and threaten physician practices, our members know that their unique voices are necessary — and that they’re most immediately amplified where they live and work.

“When physicians go to their state capitals or meet their elected officials in their precincts, they are advocating for themselves and for their patients,” Waskowicz said. “But they’re also speaking as job creators and community leaders, and those parts of their identity go further at home sometimes than in D.C., where it’s easy to get drowned out by other lobbies. At home in their states, physicians are understood by their representatives as healers and leaders.”

You are indeed. Thank you to the award-winners and to all who are using the SLC to gather steam for the end of this year and a challenging 2021.

Visit the AAFP State Legislative Conference webpage to register for the next session, which will be held at 2 p.m. ET on Oct. 28 and will be devoted entirely to primary care spend and investment. Look for a recording of the Sept. 23 roundtable on the webpage soon.