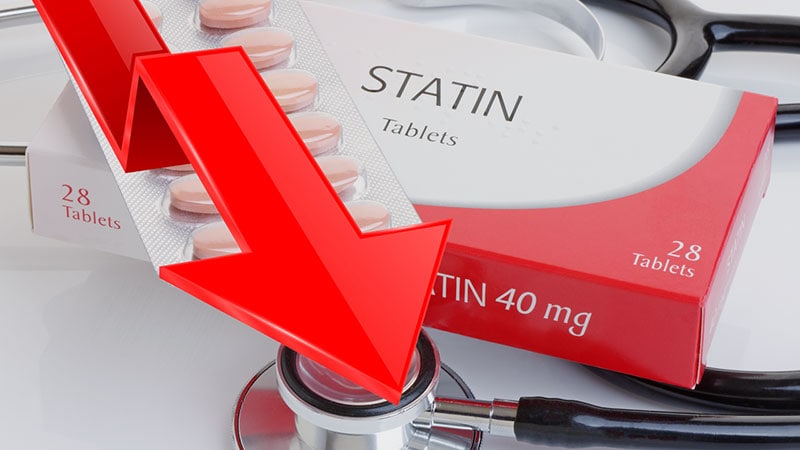 The research was presented on October 5 at the European Atherosclerosis Society (EAS) 2020 Virtual Congress, held online this year due to the COVID-19 pandemic.

LIB003, which combines a proprotein convertase subtilisin/kexin type 9 (PCSK9)-binding domain with human serum albumin in a recombinant fusion therapeutic agent, has a high binding affinity for PCSK9 and acts in a similar fashion to monoclonal antibodies to block the interaction between PCSK9 and the LDL receptor.

As previously reported by theheart.org | Medscape Cardiology, data presented at EAS 2019 showed the 300-mg dose given every 4 weeks to patients already on maximally tolerated statins reduced LDL cholesterol levels by more than 70% and PCSK9 levels by over 80% compared with placebo.

That 12-week randomized phase 2 trial, which compared three doses of the compound, also showed there were no further gains with 350 mg LIB003, and so the 300-mg dose was taken forward into an open-label extension.

This study involved 32 patients from the dose-ranging trial and showed that, over 52 weeks, LIB003 was associated with sustained reductions in LDL cholesterol levels of 64% on average and in PCSK9 levels of over 80%.

There were also substantial reductions in other lipids, including lipoprotein (Lp)(a), and apolipoprotein B.

She said that “larger and longer phase 3 trials with LIB003 300 mg injected every 4 weeks in 1 mL are in progress to fully assess the safety and efficacy of this novel, highly efficacious anti-PCSK9 therapeutic.”

Approached for comment, G. Danilo Norata, PhD, Department of Pharmacological and Biomolecular Sciences, University of Milan, Italy, said the current analysis was “really important” to confirm the safety and longer-term efficacy of LIB003.

Norata, who was not involved in the study, told theheart.org | Medscape Cardiology it is notable that, although the compound is administered every 4 weeks, “cholesterol reduction is maintained during the interval of administration.”

He added: “One issue with this compound could be the generation of antidrug antibodies, which at least for this first year of treatment does not appear to be relevant.”

However, the outstanding question is the impact of LIB003 on long-term cholesterol reduction and cardiovascular outcomes, which will become clearer with the results of the ongoing phase 3 trials.

Norata said that these data are necessary to “really confirm the long-term efficacy of the compound” and to be able to “better identify patients that could benefit from this drug.”

An aspect potentially in favor of LIB003 is the monthly dosing regimen, as it could help improve adherence to the lipid-lowering medication compared with oral drugs taken daily, such as statins.

“Adherence is very important,” Norata underlined, noting that this is what “really contributes to translate the lipid-lowering effect of medications into cardiovascular protection.”

The open-label extension included 32 (40%) patients from the original dose-ranging study, 28 of whom had been on LIB003, with enrollment limited by the availability of the drug.

Most (56.3%) were on high-intensity statins, and 25.0% were taking ezetimibe (Nustendi). As expected for this population, there were relatively high rates of diabetes (44%), familial hypercholesterolemia (31%), and cardiovascular disease (28%).

Turner reported that there were no nonresponders to LIB003, with the smallest reduction in LDL cholesterol levels from baseline being more than 30% and the largest approaching 90%.

In terms of safety, five patients withdrew for nonstudy-related reasons, and 27 (80%) patients completed the trial, receiving up to 13 doses.

Two patients developed ADAs, with no impact on injection site reactions or the efficacy of LIB003 in reducing PCSK9 and LDL cholesterol levels. Both patients were able to continue receiving the compound.

In the post-presentation discussion, session chair Christoph H. Saely, MD, Vorarlberg Institute for Vascular Investigation and Treatment, Feldkirch, Austria, asked if Turner could discuss the reductions seen in Lp(a) with LIB003 and other lipid-lowering medications.

“It’s very hard to compare trials if they’re not head-to-head, but we do know from prior trials [with different compounds] that reductions are related to on-treatment LDL cholesterol levels and baseline Lp(a),” she replied.

Turner explained that tracer studies have shown that this linked “mainly to upregulation of the receptor, combined with very low LDL cholesterol levels, and some contribution from reduced Lp(a) production.”