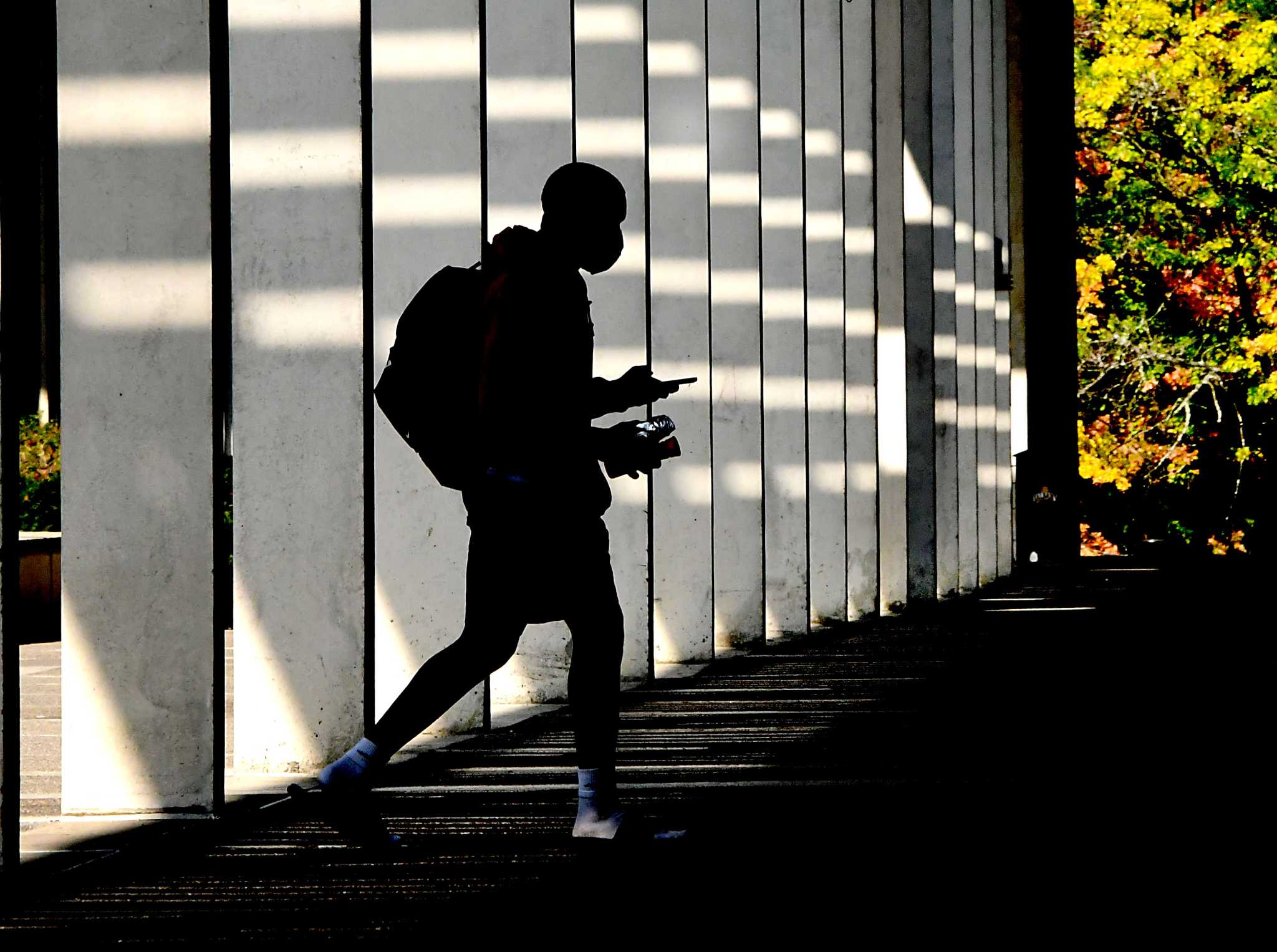 SUNY cracking down on violators

“I have spoken with our SUNY campus leadership and they know both what is at risk as well as their role in preventing new COVID-19 cases by enforcing health and safety protocols,” Malatras said. “Intentional or otherwise, there continues to be some individuals violating these critical measures on campuses, increasing the chances of spreading the coronavirus and shutting down on-campus activity.”

The policy, drafted in consultation with colleges across the system, is intended to help the campuses protect the public health and ensure the schools can remain open. The rules include the usual prohibitions against campus gatherings larger than 50 and consequences for violations of the mask mandate or quarantine order.

It also includes sanctions against students who do not participate in the system-wide COVID-19 surveillance testing program. Students who miss two appointments to provide a saliva sample or fail to fill out daily health screening forms for three consecutive days could face suspension or other disciplinary action.

Campuses must begin communicating the new policy to students, which becomes effective on campuses no later than Oct. 1 and remains in place until further action by the SUNY chancellor.

“While a vast majority of our students are complying with the rules, we cannot let a few people ruin it for everyone,” Malatras said. “It is my hope that all students will comply, and campuses will not need to impose any sanctions.”

Albany County has now marked its fifth consecutive day of no new COVID-19 hospitalizations to report, officials said Friday morning, as the number of county residents now hospitalized because of the virus dropped from eight to seven.

The county saw 18 more new cases, County Executive Dan McCoy said, bringing the total since the pandemic to 2,894, of which 90 are active. Of the new cases, 14 had close contact with positive cases, one reported out-of-state travel, one is a health care worker or a resident of congregate setting and two did not have a clear source of infection at this time.

Separately, 11 of the reported positives are associated with the University at Albany.

There are still no patients in intensive care and there were no new deaths to report.

The student is in the district’s remote elementary program and has not been in any school buildings since March. Anyone who has been in close contact with the student outside of school will be contacted by the local health department to discuss how long to self-isolate, district officials said.

New York schools are required to submit a daily report to the state of any confirmed cases of COVID-19 linked to a school.

The COVID-19 Report Card is available on the state Health Department website.

“While the dashboard is an important tool for identifying trends regionally and statewide, please know that any information regarding COVID-19 in North Colonie schools will be shared with you directly and will not be delayed by these additional reporting requirements,” Superintendent D. Joseph Corr said in a memo to families.

District officials also sought to clarify the dashboard, which indicates the number of “lab-reported positives based on residential address” is just an estimate and does not reflect the number of confirmed cases in the school. The dashboard indicates that there are three positive cases of people within the district.

Two weeks ago, the district said a staff member who had been in the Shaker High School building but did not have contact with students had also been infected.

Four more COVID-19 cases have been confirmed among members of the Shenendehowa Central School District community, the district announced Friday.

That makes 10 cases so far this week, several of which occurred at different schools or among people who are taking classes remotely.

Other cases that were confirmed this week include two students at High School East, including one whose infection stemmed from exposure in “recreational contact” outside of school and another whose case was related; a teacher at Chango Elementary; two students at Orenda Elementary whose cases were “directly related” to the Chango teacher due to activities outside of school; and a staff member at one of the middle schools.

The district has been posting notices to its website as it learns of them. The latest cases were confirmed to the district Friday by the Saratoga County health department.

“We cannot emphasize enough that parents, students and staff members need to be just as vigilant following guidelines outside of school, this includes limiting group gatherings, practicing good hygiene, wearing masks and following social distance guidelines,” the district wrote in its latest notice.

The district remained open to in-person learning as of Friday. The county health department is investigating the cases and will notify anyone who has had “prolonged, direct” contact with an infected person, the district said. Those individuals will then be directed to quarantine until cleared by the department.

The district is asking community members to add the number for Saratoga County Public Health (518-885-2276) to their phone contacts as it may otherwise come up as spam on some phones.

If you do not receive a call, the district notes, then you have not been identified as having direct, prolonged contact with any of the positive individuals.

A person who was recently on the Hudson Valley Community College campus has tested positive for COVID-19, college officials announced Friday.

The affected individual is now off campus and will remain away until cleared to return by public health and college officials, said Claudine Potvin Giordano, director of health services for the Troy college.

The individual’s county of residence is responsible for COVID-19 contact tracing and will alert anyone who is considered at risk of potential exposure from this case, she said.

“You do not need to take any action unless and until you hear from them directly,” she said.

Certain areas of HVCC’s Center for Advanced Manufacturing Skills have been temporarily closed for “enhanced” cleaning and disinfection, Giordano said. The building will be open for classes on Monday. Anyone who is showing symptoms of COVID-19 or believes they have been exposed is asked to stay home and call College Health Services at 518-629-7468 or their health care provider, she said.

“As a reminder, all members of the college community should report any symptoms or suspected COVID-19 exposure to the college, regardless of where they seek medical care,” she said.

A “Report Viral Illness” form available on the college’s WIReD website can be used to do so, she said. Future reports of campus-related COVID-19 cases will be communicated through a Student Announcement and the employee Campus Chronicle, she said. SUNY’s COVID-19 tracker also provides data on cases and testing for Hudson Valley.

Warren County health officials have traced another case of coronavirus to a recent travel baseball game. The county health department on Friday said four new cases of the virus were confirmed overnight, including one in a person who had contact with an infected person at the game, where infections were documented earlier this week.

Washington County revealed on Wednesday that it had identified a positive case in a person who plays on two different local travel baseball teams. The teams played over the weekend in games in adjacent counties.

Contact tracing to determine exposures has been underway since.

Specific information about the games has not been released, such as the exact locations, how many people attended and whether safety protocols were followed.

The county warned earlier this week that it has seen an uptick in cases that coincided with schools reopening. While the county started the month monitoring just six active cases of coronavirus, as of Friday it was monitoring 24, including one person who required hospitalization.

Statewide, there were seven deaths from the virus. There were 908 more cases, bringing the total to 453,755, Gov. Andrew Cuomo’s office said Friday.