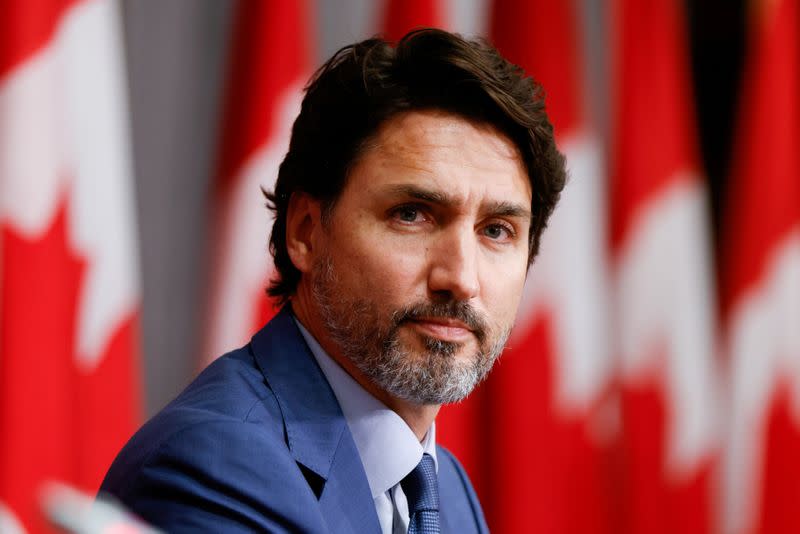 OTTAWA (Reuters) – Canada is at a tipping point in the fight against a second wave of the novel coronavirus and health care workers are increasingly swamped, Prime Minister Justin Trudeau said in notably downbeat comments on Friday.

Trudeau spoke shortly after health officials said authorities needed to immediately adopt a stronger response to the pandemic. Short-term forecasts suggested the number of new infections would continue to accelerate, they said.

“We are at a tipping point in this pandemic. Not only is the second wave under way, (but) yesterday we hit the highest daily record for cases, well above what we saw this spring,” Trudeau told a news conference.

“I know this is discouraging … the increase in new cases is putting an enormous pressure on hospitals and health care workers, who are more and more swamped.”