Up to 7.7 million U.S. workers lost jobs with employer-sponsored health insurance during the coronavirus pandemic, and 6.9 million of their dependents also lost coverage, a new study finds.

Workers in manufacturing, retail, accommodation and food services were especially hard-hit by job losses, but unequally impacted by losses in insurance coverage.

Manufacturing accounted for 12% of unemployed workers in June. But because the sector has one of the highest rates of employer-sponsored coverage at 66%, it accounted for a bigger loss of jobs with insurance — 18% — and 19% of potential coverage loss when dependents are included.

Nearly 3.3 million workers in accommodation and food services had lost their jobs as of June — 30% of the industry’s workforce. But only 25% of workers in the sector had employer-sponsored insurance before the pandemic. Seven percent lost jobs with employer-provided coverage.

The situation was similar in the retail sector. Retail

How we can help the unemployed keep their health insurance

Keith Prisco is a stagehand at the United Center in Chicago and a proud union member of IATSE Local 2. Like tens of millions of Americans, he receives health insurance through his employer for himself and his family. The security of this coverage is even more important for Keith after he was diagnosed with leukemia four years ago. But when COVID-19 put a screeching halt on live events, that meant Keith was out of work — jeopardizing his health care coverage in the middle of a pandemic.

As COVID-19 continues to threaten the health and safety of Americans, millions of workers have found themselves under threat of losing their jobs, their health coverage, and their financial savings — all through no fault of their own.

It is unconscionable that unemployed or furloughed workers could also lose health coverage during a public health crisis, yet there are an estimated 10 to 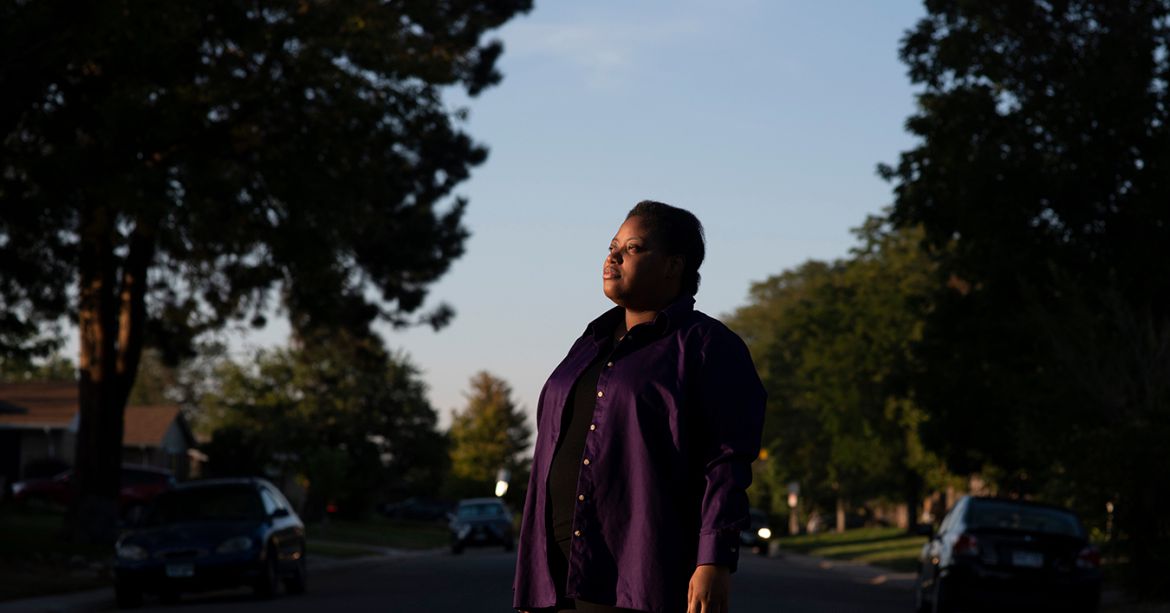 DENVER — D.j. Mattern had her Type 1 diabetes under control until COVID-19’s economic upheaval cost her husband his hotel maintenance job and their health coverage. The 42-year-old Denver woman suddenly faced insulin’s exorbitant list price — anywhere from $125 to $450 per vial — just as their household income shrank.

She scrounged extra insulin from friends, and her doctor gave her a couple of samples. But, as she rationed her supplies, her blood sugar rose so high that her glucose monitor couldn’t even register a number. In June, she was hospitalized.

“My blood was too acidic. My system was shutting down. My digestive tract was paralyzed,” Mattern said, after three weeks in the hospital. “I was almost near death.”

So she turned to a growing underground network of people with diabetes who share extra insulin when they have it, free of charge. It wasn’t supposed to be this way, 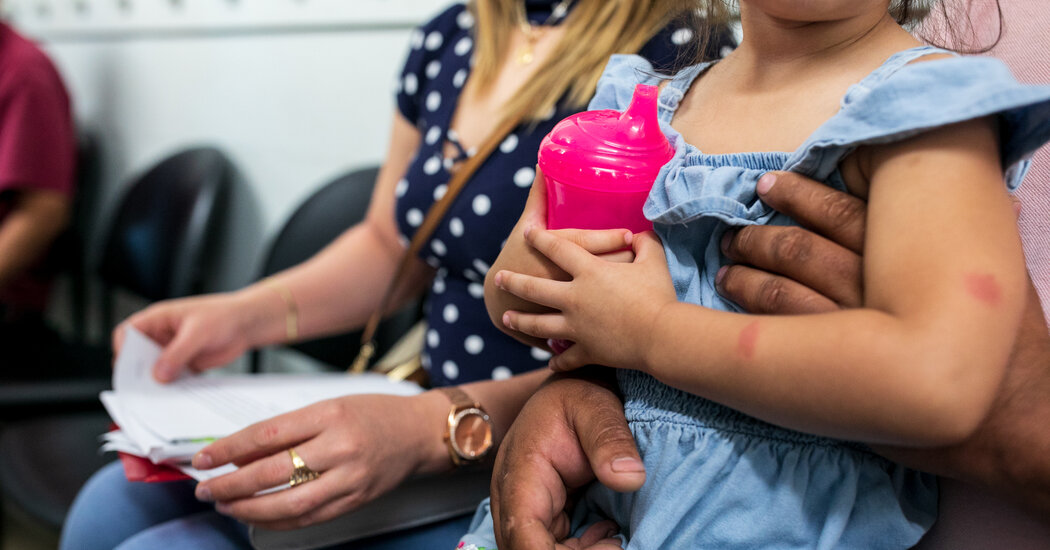 Even as the Economy Grew, More Children Lost Health Insurance

The share of children with health coverage in the United States fell for the third consecutive year in 2019, according to census data, after decades of increases.

The decline occurred during a period of economic growth — before the coronavirus pandemic caused broad job losses that might have cost many more Americans their health insurance.

A report Friday by the Georgetown Center for Children and Families found that the ranks of uninsured children grew the most in Texas and Florida, and that Latino children were disproportionately affected. Nationally, the number of children without health insurance rose by 320,000 last year alone, to a total of nearly 4.4 million children, the report found.

“What’s so troubling about this data is we were making so much progress as a country,” said Joan Alker, the center’s executive director and an author of the report. “And now that progress is clearly reversing.”

Lost your job and health insurance? Here is what you need to know

According to research by the Economic Policy Institute published in late August and taking into account jobs gained back after the worst of the shutdowns during the spring, the coronavirus pandemic has left more than six million Americans without job-sponsored health insurance. When you take into account dependents, that number rises to more than 12 million.

“Though we don’t yet know precisely how damaging the Covid-19 shock has been to health insurance access, the shock has laid bare the huge uncertainty that employer-linked health insurance introduces into U.S. families’ lives. Even in normal times millions of U.S. households must manage coverage transitions in a given month. During economic crises, these coverage changes increasingly include transitioning into uninsured status, which puts families’ health and financial security at risk,” wrote Josh Bivens, author of the report and director 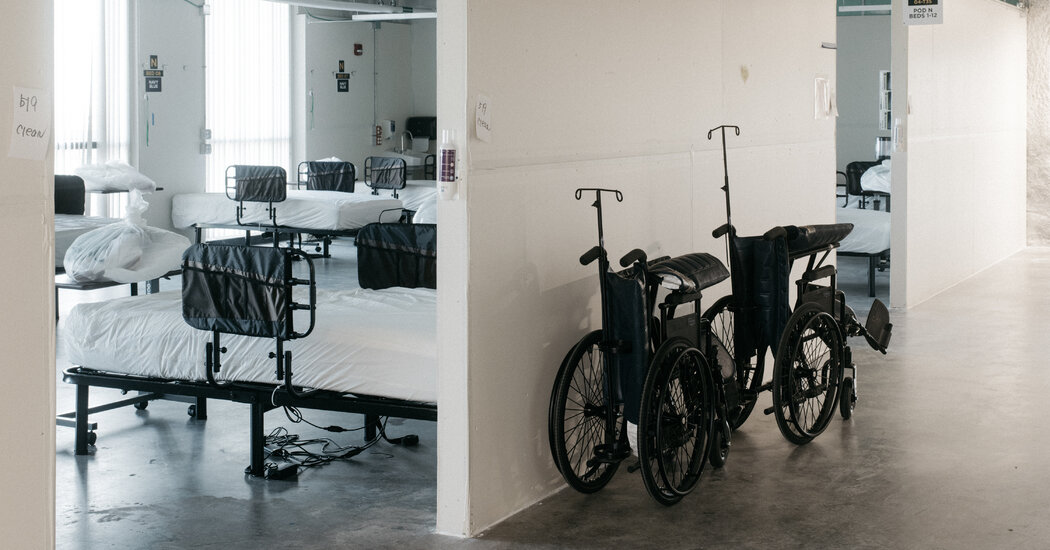 The high cost of health care is persisting during the pandemic, even for people lucky enough to still have job-based insurance.

The average annual cost of a health plan covering a family rose to $21,342 in 2020, according to the latest survey by the Kaiser Family Foundation, a nonprofit group that tracks employer-based coverage. Workers paid about a quarter of the total premiums, or $5,588, on average, with their employers picking up the rest of the cost.

An analysis of the results was published Thursday online in Heath Affairs, an academic journal. While premiums rose only slightly from the 2019 survey, the increase in premiums and deductibles together over the last decade has far outpaced both inflation and the growth in workers’ earnings. Since 2010, premiums have climbed 55 percent, more than double the rise in wages or inflation, according to the foundation’s analysis.

About 157 million Americans had coverage

A Daytona Beach Shores man unhappy insurance would no longer pay for adjustment of his dentures wanted his dentist dead, saying he would step on her with his shoe as she died, police said.

Records show Moussa Assi, 64, was booked into the Volusia County Branch Jail on Wednesday on charges of threats or extortion. He was in jail Thursday on $5,000 bail.

Assi threatened to kill dentist Jenna Obeng if she did not pay him double what was paid to her by insurance company Humana, a police report states.

“On Oct. 6, I will end her life. I will step on her with my shoe while she is dying,” Assi said on a voicemail message to the dentist, the report states.

In one call, Assi also said “I hope your entire family dies of coronavirus,” according to a police report.

Man threatens to kill his dentist over insurance issue with dentures

A Daytona Beach man unhappy insurance would no longer pay for adjustment of his dentures wanted his dentist dead, saying he would step on her with his shoe as she died, police said.

Records show Moussa Assi, 64, was booked into the Volusia County Branch Jail on Wednesday on charges of threats or extortion. He was in jail Thursday on $5,000 bail.

Assi threatened to kill dentist Jenna Obeng if she did not pay him double what was paid to her by insurance company Humana, a police report states.

“On Oct. 6, I will end her life. I will step on her with my shoe while she is dying,” Assi said on a voicemail message to the dentist, the report states.

In one call, Assi also said “I hope your entire family dies of coronavirus,” according to a police report.

Medicare vs. Medicaid: What Is the Difference? | Health Insurance

ALTHOUGH THEY WERE BORN ON THE SAME DAY, Medicare and Medicaid are not identical twins. And even though they have been around for 55 years, many people still confuse these government-backed two healthcare programs.

According to the Medicare Rights Center:

Some people may be eligible

As employees sign up for job-based coverage for 2021, they’ll find the coronavirus pandemic has changed some of the benefits that their companies are providing, experts said.

And they’ll also see their premiums and out-of-pocket costs increase about 5%, which is more than wages and inflation have been rising, according to the Business Group on Health, which surveys large employers.

This bump comes on top of a 4% increase in premiums this year, according to the Kaiser Family Foundation’s annual employer health benefits survey. In 2020, the average annual premiums hit nearly $7,500 for single coverage and $21,500 for family coverage. Deductibles stayed roughly the same at about $1,650 for a single person.