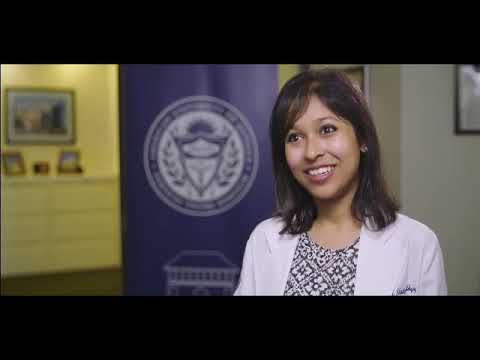 Medical students can be an efficient contingency workforce, provided their lack of training is suitably addressed. Being capable and ready to respond to COVID-19 like pandemic situation needs crucial emphasis on disaster management and emergency medicine. The world is faced with the reality of the shortage of physicians and healthcare providers due to the challenges posed by the current epidemiological peak. From the larger perspective, it is about how the shortage of physicians worldwide is going to impact the global health scenario. A lack of training renders medical students non-essential to patient care; on the other hand, clinical training is essential to generate future responders against COVID-19. What should be the focus of medical institutions and aspiring medical students? Dr. John Raymond Sr. has served as president and CEO of the Milwaukee-based Medical College of Wisconsin since July 2010. It’s the nation’s third-largest private medical school, and its more than 1,600 faculty physicians constitute one of the largest medical groups in a state where COVID-19 cases have surged in recent weeks. Raymond talked with Assistant Managing Editor David May about lessons learned during the pandemic and priorities for the months ahead. The following is an edited transcript.

MH: Can you talk about Wisconsin’s COVID-19 caseload? It’s recently been one of the nation’s hot spots for surges in new cases.

Raymond: Like many parts of the Midwest, Wisconsin is experiencing rapid community spread of COVID-19, especially in the north central and northeastern regions of the state. In addition to a surge of new cases, the positivity rates and the reproductive numbers and measures of contagiousness are very unfavorable. So this

President Trump continued to hail an experimental monoclonal antibody treatment as a “cure” for COVID-19, telling conservative radio host Rush Limbaugh in a Friday interview that it sped his recovery from the disease and was “better than a vaccine.”

“I was not in great shape, but we have a medicine that healed me, that fixed me,” Trump said of the antibody “cocktail” manufactured by Regeneron Pharmaceuticals. “It’s a great medicine. I recovered immediately.”

Since being released from Walter Reed Medical Center on Monday, where he was treated for three days after being admitted with a high fever, chills and breathing problems, Trump has often pointed to the antibody therapy he undertook at the hospital as a “cure” for COVID-19. There is no known cure for the disease caused by exposure to the coronavirus, and the FDA has not, so far, approved the drug’s use for treating

Vice President Mike Pence on Wednesday night managed to make it to the debate stage despite the fact the White House is in the middle of a coronavirus outbreak that seems to continue to grow.

During the debate against Democratic vice presidential nominee Kamala Harris, Pence’s left eye quickly became the talk of the internet after people noticed it appeared to be red and blurry throughout his performance.

While it’s not clear why the vice president’s eye looked a bit off and he recently tested negative for COVID-19, it prompted many users to speculate on whether it could be an indication Pence may be infected with the coronavirus, as pink eye is known to be a symptom.

VP Pence has conjunctivitis. Viral conjunctivitis? Not a terrific sign in someone recently exposed to a viral pathogen. pic.twitter.com/3QmAKG8IsW

MINNEAPOLIS — Every morning, around 30 staff members with the Native American Community Clinic get together in an online virtual huddle.

Before the day’s duties are assigned, Elder in Residence Renee Beaulieu-Banks, a member of the Leech Lake Band of Ojibwe, starts out with a quick blessing – first in Ojibwemowin, and then again in English.

“We have conversations with spirits. We invite them to listen. We thank them, offer them tobacco for our requests and for our gratitude,” Beaulieu-Banks says. “That’s what I do in the morning. I do a request for healing. Not only for ourselves, but for the community and each other.”

Beaulieu-Banks also addresses the spirit of COVID-19, requesting that it have mercy on not only the native people, but everyone. She thanks the spirits for bringing the medical team together for this work, calling them “our warriors.” Staff members at the clinic, which provides health

The Commission on Presidential Debates is taking extra precautions at Wednesday night’s Vice Presidential debate given the coronavirus outbreak in the White House, but pictures of two curved plexiglass barriers they plan to use has some epidemiologists and airborne pathogen specialists scratching their heads.

Vice President Mike Pence and Sen. Kamala Harris will be seated more than 12 feet apart and separated by two plexiglass barriers. But those barriers are “entirely symbolic,” according to Dr. Bill Schaffner, an epidemiologist at Vanderbilt University.

The commission became worried after President Donald Trump and several White House staff contracted Covid-19 shortly after last Tuesday’s presidential debate. The Centers for Disease Control and Prevention said Pence was not in “close contact” with Trump, who announced that he was infected with the virus early Friday morning.

Nonetheless, a person familiar with the debate planning told NBC News that Harris’ campaign asked for the plexiglass to

“The FDA is committed to working with diverse stakeholders to help ensure that patients and health care providers have access to safe, effective, and high-quality medical devices,” said Francisco Vicenty, CfQcc program manager within FDA’s CDRH. “Today’s announcement reflects the agency’s commitment to collaborative communities and builds upon existing The medical obscurity began Friday, when we learned of the president’s diagnosis but got no information regarding prior tests and their results — important facts when trying to provide contact tracing and inform people if they might be at risk for a potentially deadly illness. Besides the positive test Thursday night, we then learned, Trump might have had symptoms earlier that day at a fundraiser in Bedminster, N.J., along with “low grade fevers and a cough” early Friday, which indicated that he had covid-19, the disease caused by the SARS-CoV-2 virus.

Behind the scenes, White House physicians, who can consult directly with any expert in the world they might want to reach, discussed potential treatments and opted for an experimental medication, an antibody cocktail made of artificial molecules that fight the spread of the virus in the body. Regeneron’s monoclonal antibody cocktail is not yet approved by the Food and

Nurse Sandra Oldfield’s patient didn’t have the usual symptoms of COVID-19 — yet. But then he tested positive for the virus, and it was clear that Oldfield — a veteran, 53-year-old caregiver — had been exposed.

She was sent home by Kaiser Permanente officials with instructions to keep careful notes on her condition. And she did.

She and her colleagues said they had felt unsafe at work and had raised concerns with their managers. They needed N95 masks, powerful protection against contracting COVID-19. Kaiser Permanente had none for Sandra Oldfield. Instead, she was issued a less effective surgical mask, leaving her vulnerable to the deadly virus.

Many others were similarly vulnerable, and not just at this 169-bed hospital in Fresno. From the very moment the pandemic reached America’s shores, the country was unprepared. Hospitals, nursing homes and other

Immune Cells Show the Way in This Medical Mystery

A 54-year-old man presents to a foot and ankle clinic in Maryland with a diffuse, hard lesion in the middle of the arch of his left foot; it is tender to the touch and painful to walk on.

He explains that it began developing gradually about 3 years earlier as a dry, scaly spot, and that the skin later cracked but there was no pain. He says he had not been concerned, since he had a history of having severe eczema and dry patches of skin in the same spot on his foot.

However, his efforts to treat the eczema with topical cortisone cream and “over-the-counter acid” have been ineffective, he said, adding that he became concerned when the lesion slowly grew thicker and harder.

The patient’s surgical and medical histories include thyroidectomy (for thyroid cancer) at age 28, a diagnosis of bipolar disorder, headaches/migraines, and high blood pressure. His