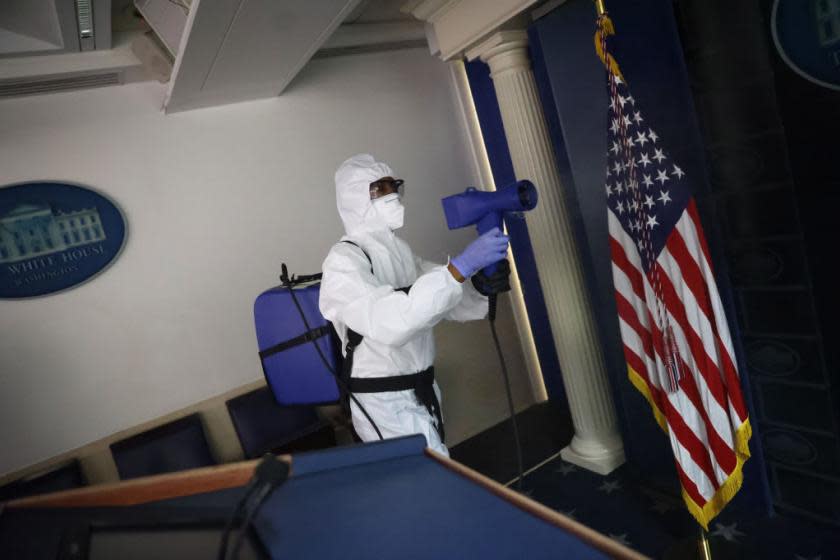 Of all the questions about President Trump’s COVID-19 case that the White House won’t answer, one of the biggest is when Trump last tested negative for the coronavirus. White House physician Sean Conley repeatedly dodged that question Monday, a day after White House Press Secretary Kayleigh McEnany said she wouldn’t answer it.

“It’s a simple one to answer, or at least it should be,” BBC News reporter Anthony Zurcher noted. “By not answering it, there’s a suggestion that the official story may not be accurate. The official line from the White House is that the president began to feel ill on Thursday evening, tested positive and then announced his results in that late-night tweet.”

The refusal to answer the question raises some key questions, Vox adds. “Was Trump banking that if he got coronavirus, his symptoms would be mild enough to allow him to continue campaigning — even if he exposed other people along the way? Or, for whatever reason, was he just not being tested nearly as much as McEnany said he was?” White House officials conceded Tuesday that “there had been an impression created that Mr. Trump was getting tested every day,” but really he was just tested “regularly,” The New York Times reports. Two sources confirmed “the president himself was not tested every day.”

Knowing when Trump last tested negative would give people trying to contain the growing White House-linked outbreak a tighter window of when the president was infected, and whom he might have infected since then. “Medical experts think the speed at which Trump’s health deteriorated on Friday — just hours after his reported diagnoses — could indicate that the president may have contracted the virus much earlier,” Zurcher said. One of those medical experts, George Washington University cardiologist Dr. Jonathan Reiner, laid out the stakes on CNN Tuesday night.

Dr Jonathan Reiner: “I think POTUS was infected with coronavirus for at least a week before he was admitted to the hospital…I think he’s the superspreader. And I think the reason the WH will not have the CDC do a formal check…is they’re concerned patient zero might be POTUS.” pic.twitter.com/zQGc6Nqh5U

The White House doesn’t seem interested in learning if Trump, or anyone else, is Patient Zero in the outbreak.