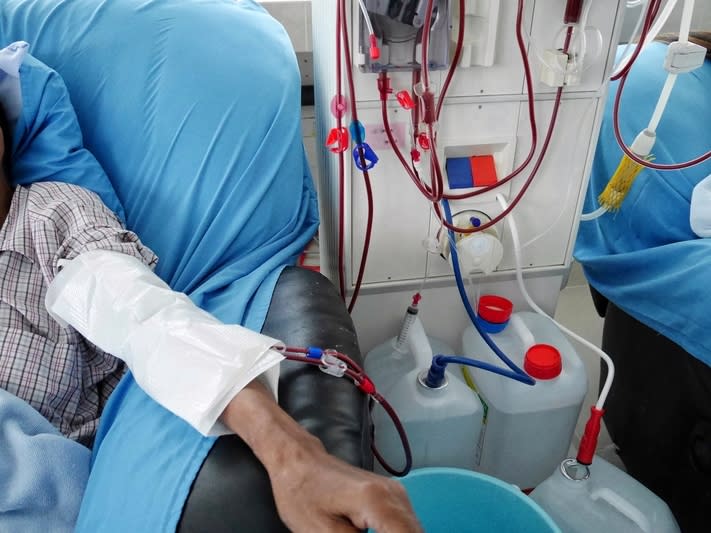 What Is Proposition 23, The Dialysis Clinics Law?

LOS ANGELES, CA — California voters can be forgiven a sense of deja vu, having voted down a law governing dialysis clinics just two years ago. But the 2018 measure and this year’s Proposition 23 are fundamentally different.

So what exactly would Prop 23 do?

It would require dialysis clinics to have a doctor or nurse practitioner onhand when patients are being treated, and it would require clinics to report patient infections to the state and federal government. It would also prohibit clinics from closing without state approval and prohibit them turning away patients because of their source of payment.

Opponents of the measure argue that these requirements are unnecessary and costly. Clinics would be forced to close down, and patients will lose access to the care they depend upon for survival. Supporters, which include the California Democratic Party and the Service Employees International Union-United Healthcare Workers West, argue that the measure is needed to ensure basic standards of care for 80,000 Californians who depend upon dialysis for survival. It is needed to ensure that patients in rural and low-income communities have the same access to quality dialysis care as any patient in the state, they argue.

“This initiative will make common-sense improvements to dialysis treatment that will protect some of the most medically vulnerable people in our society,” reads the official ballot argument in support of the measure. “Don’t listen when the dialysis industry claims the initiative will create huge new costs or say patients will be harmed or claim that it will create a shortage of doctors—those fake arguments are just designed to use patients and the coronavirus pandemic as scare tactics in their dishonest public relations campaign. The fact is, these corporations can easily make these changes and still make hundreds of millions of dollars a year without disrupting our healthcare system. Proposition 23 will make the changes we need to truly protect dialysis patients.”

Opponents of the measure, which include the state Republican Party, the California Medical Association, the California NAACP State Conference and the American Legion, Department of California, argue that this measure will hurt dialysis patients across the state.

“This useless bureaucratic mandate would increase clinic costs by hundreds of millions annually, putting half of all clinics at risk of closure,” reads the official ballot argument against the measure. “Prop. 23 dangerously reduces access to care, putting vulnerable dialysis patients at serious risk…Proposition 23 would take thousands of doctors away from hospitals and clinics—where they’re needed—and place them into bureaucratic jobs at dialysis clinics where they aren’t. This is not the time to make our physician shortage worse.”

This article originally appeared on the Los Angeles Patch